Bad Blood depicted the story of Theranos from its inception to its bankruptcy over the span of 15 years. At the heart of the story was Elizabeth Holmes, the blue eye blonde who dropped out of Stanford to start her healthtech company aimed on revolutionizing blood tests. Alas, it was all a big fairy tale as Theranos never had any breakthrough technology nor the culture to bring anything together. It was a slow motion corporate train wreck and a cautionary tale with many lessons for investors to learn from. 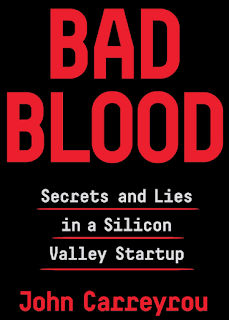 For those who aren't familiar, Theranos was another Silicon Valley startup trying to change the world. But it's not like the typical tech or internet startup with a new business model. Healthcare is not software or e-commerce. It directly affects people's lives and is tightly regulated. Elizabeth Holmes believed she was destined to change how blood tests were performed after she experienced SARS in Asia. She saw firsthand how people suffered during the early months of 2003 when SARS broke out. There weren't enough nurses to draw blood, nor blood analyzers that could process results faster enough. Nurses and doctors themselves succumbed to the deadly disease. Hell broke loose and a lot of people died. She happened to be an intern in the middle of all this, in Singapore! That's when she thought the world needed a blood analyzer that could give results with one drop of blood.

She truly believed the world needed better blood tests to save lives and she was the messiah.

But vision has to be grounded in reality. She, her partner, or rather partner-in-crime and her board did not have the experience nor the technical background to understand it would not be possible without years of R&D. For most of us going through routine health checks, the dreadful blood test required 3-4 vials of blood drawn from our forearm's veins. Just simply going by blood volume, to reduce vials to drops of blood required for the tests meant a 100x improvement, very roughly speaking. It's a moonshot, using Google's lingo. Yet, this is healthcare, not software. It would take years, or even decades to achieve these results.

It might still be possible if one had the amount of resources to throw at the problem. Silicon Valley had the money, the talent and the drive and grit to do all that. But Theranos was a different story. It was led by a 19 year old university dropout and a super villain. For reasons unclear, Holmes fell in love with this Sunny Balwani who would wreak havoc in her company, randomly firing people and threatening ex-employees with lawsuits. The culture became toxic, good people left. Bad people thrived. Evil deeds were condoned. It was just crazy. 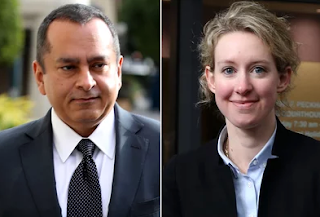 
As the author of the book put it though, ultimately it was Holmes. She had the last say in almost everything. She endorsed the tyrant and all his despicable actions. So, when a villain is protected by a queen (or a king), then it's game over. Reading the book provided the revelation how warped our society had become. It took so much for this incredible story to come out because powerful people with money and connections played with justice. Imagine all the other stories where the villains are still controlling peoples' lives. As individuals, we have to be able to recognize these situations fast and move on. Well, unless we have the means to bring them down, like having lawyers with bigger guns or strong connections to powerful media like the Wall Street Journal.

As investors, there were also important lessons. The first one relates to stories with all the rainbows and unicorns that had dulled our senses. In recent years, we heard so many rainbow stories and saw so many unicorns and wondered why hasn't one landed in our own portfolios. As such, we suffered from the fear of missing out (FOMO) and forgot to be vigilant. Last count, we have over 452 unicorns according to techcrunch.com.

The Unicorn Leaderboard now lists 452 companies, which have collectively raised $345 billion and represent a cumulative valuation of $1.6 trillion. Go back to February 2018 and there were just 279 companies, with $206 billion raised and valued at $1 trillion. In just 15 months 170+ companies reached unicorn status, raised $140 billion more and added $600 billion in company valuations. 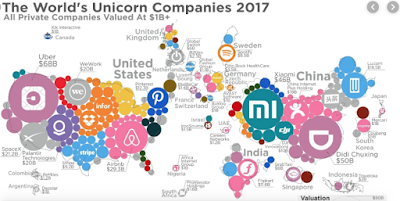 Rainbows and Unicorns back in 2017


Unicorns were supposed to be so rare that we don't get to see one in decades inside fairy tale stories. Yet today, it's everywhere, in our real world. How many have real gamechanging technology? How many doesn't really have anything, like Theranos? How do we tell which unicorns are real unicorns? Despite having luminaries such as George Shultz and Henry Kissinger on its board, Theranos was a fraud. If the board didn't know, how could investors have an edge?

So here's the last lesson from the book - nothing beats boring due diligence. We cannot trust the board in private companies. We cannot trust fellow investors to do their homework. In private equity investing, we like to look at what's call the cap table - who else has invested. We like to think these other smart investors would have done their homework. We like to think the board would have done their job. The Theranos story tells us otherwise.

Nothing beats boring due diligence. We have dig through the dataroom ourselves. We have to go further still, tumbling down the rabbit hole. Talk to past employees, find the financial models that value stock options for rank and file employees, scrutinize management and be very careful of companies that keep talking about trade secrets and proprietary technologies.

It's hard work. Blood and sweat. Still, there's not guarantee we can live happily ever after. Welcome to wonderland and happy unicorn hunting!