It's been three weeks into Brexit and the financial world now think that maybe it was never an issue at all? US S&P is back near all time high, the FTSE 100 bounced back with a vengeance and hit its high for 2016. Even the STI is now close to 3,000. Brexit? Nah. Let's Move On! That's market short-termism for you.

For most people, it was actually more disappointing that in the same week, England was knocked out of the Euro Finals. By Iceland. Ouch! People asked, "What happened?" This was the Great Britain, we were talking about the most powerful empire of the 19th century! First, it took a big retreat on globalization with Brexit, then it lost its prowess in football. To rub it in, even the British Gentleman spirit was lost when Michael Gove, a former Secretary of State for Education backstab his political ally Boris Johnson to announce that he would run for Prime Minister, and not support Johnson instead. It was one of the darkest days for the UK in recent history. May God not just save the Queen but the Empire on which the sun never sets. 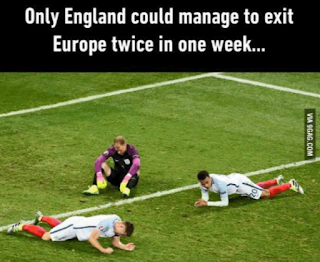 Okay, things really looked bad. This could be it for the UK, literally, now that Scotland might want to seek another referendum for independence since the Scots really wanted to be part of EU. Great Scot! How are we gonna ship enough Johnnie Walkers if we are not part of the EU! If Scotland leaves UK, then what about Ireland? It would mean breakup of the United Kingdom. This further implied the same fate could await the EU and other alliance (ASEAN, NATO etc). This is MAJOR. Globalization has been the big trend of our lives and now the people of UK voted and demanded that they didn't want more. It was a vote that the common man said, "Enough is enough." It could be the beginning of the Great Class Divide, the elite vs non-elite. This is the rebellion against capitalism. It had already started in some ways. ISIS, random bombing and shooting, refugees, Donald Trump, even going back earlier in Singapore: Worker's Party winning Aljunied GRC!

For now, let's drill a little deeper on the financial markets, what are the really big implications for Brexit? Where's the catch and most importantly where's the big money making opportunity? As markets become more and more short term, most market participants had already failed as long term thinkers, most simply prefer to trade. Brexit went from "Not Gonna Happen" to "Oh Shit" and to "Nah, it doesn't matter" in three weeks! It really showed something about the intellectual depth of the markets i.e. really shallow. Brexit has big long term implications that wouldn't have changed in three weeks, if what is described in the previous paragraph unfolds, this could ultimately lead to WW3, or some global anarchy, maybe we might evolve into the human society depicted in the Divergent Series. This is really big deal. Ok, hope everyone got the idea. Here's the three biggest deals today:

Needless to say, currencies saw the most volatility with the British pound or GBP collapsing to its 30 year low. In one fell swoop, the GBP fell from 1.5 against the dollar to 1.3. It was said that we might see parity. That has never happened since the pound and dollar exchange rate was recorded in 1791. The closest it ever got to was GBPUSD of 1.1 in 1985. Against the SGD, it also fell to an all time low of 1.77. Singaporeans are now rushing to change pounds and buy UK properties but alas no money changer would be dumb enough to effect that transaction now and banks are also unwilling to support the purchase of London condominiums. No easy lobang bros!

Meanwhile, the second order impact on currencies was even more significant. As the pound lost its status, the other currencies benefited. Obviously the dollar and Swiss Franc rose. In Asia, the yen strengthening much more than expected, negating the effects of Abenomics causing the Nikkei to plunge. The Chinese government took the opportunity to weaken against all other currencies in order to boost its exports, it was called a stealth devaluation, but this would cause further capital outflow. The Chinese simply couldn't have their cake and eat it.

The other big impact would be on the global financials. The key cities that controlled the global financial markets were always New York in the States, London in Europe and the three Asian contenders: Hong Kong, Singapore and Tokyo. With Brexit, what does it mean for the financial gateway into Europe that was the UK and the hub that was London? If Brexit meant that UK loses its privileges as a EU country, perhaps a new hub might be needed. There is already talk of a F4 alliance (more on this later). This major stress strained on the global banks. JPM, HSBC and Standard Chartered fell 5-10% immediately but had since recovered. Again, vultures targeted the weakest links, such as the Italian banks and Deutsche Bank, now trading at 0.28x book. Investors are saying 72% of the largest German bank's book is worthless. As we had seen over the last few years, there is an increasingly discerning power amongst investors. Good stuff stays good. There was that 5-10% drop in the solid banks but that was it - the minuscule, small window to buy. In a week, everything good rallied. Junks though collapsed and stay cheap. 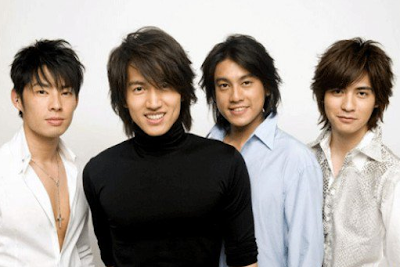 Then there's F4. Sorry, no, not the Taiwanese boy band. Sorry. This is different. This is another gamechanger. Shortly after Brexit, the Swiss Bankers' Association took the chance of a lifetime and ran with it. They proposed forming an alliance by the same name F4 which comprises of four new financial hubs in Switzerland, UK, Hong Kong and Singapore as a counterweight against new possible emerging hubs in the EU: Paris, Frankfurt, Brussels etc. If this succeeds it would bring about a new force as the Swiss controls a quarter of global asset management business. It was proposed that the F4 alliance would coordinate positions on global financial regulations and create new international standards as well. This could even rival the US and make them conform to global standards rather than letting Uncle Sam always writing his own rules. It's a very interesting development to say the least and our beloved motherland is part of it!

The last point would be on UK stocks. So everyone was expecting UK stocks to be hit badly with Brexit and there might be opportunities to buy on cheap. Alas, the window was just one day - the day of the Brexit announcement. Then the stocks took off and never looked back. As said, investors are becoming very discerning when it comes to premium good stuff. Global powerhouses listed in UK like Unilever, Reckitt, Diageo (yeah Johnnie Walker) and even Royal Dutch Shell share prices jumped as the pound fell. This was because their business was global. While the stocks were denominated in pounds, since the earnings were global, a cheap pound meant that the share price should rally. This is an important point as most investors tend to only think about which currency their stock is denominated in, believing they would earn in that currency. But in reality, it doesn't matter! A rose by any other name will smell as sweet. A good stock denominated in ringgit would simply compound faster. Diageo's share price above showed as much. The stock did nothing for three years and rallied 20% mirroring the fall in the pound.

Diageo had been mentioned previously but it might worth reiterating that this might be one of the best stocks to own globally. Diageo is the world's largest spirits company with megabrands such as Johnnie Walker, Smirnoff, Guinness and Bailey amongst others. It has 40% value share in Scotch (whisky from Scotland) and is the world's largest producer of vodka. 40% of its earnings comes from the emerging markets while it continues to enjoy pricing premium in developed world with its key brands, It also has an unparalleled global distribution built over the last 180 years that ensure its products reach every corner of Earth. Pirates robbing East India Company's ships in Singapore were after crates of Johnnie Walker whisky in 1819. 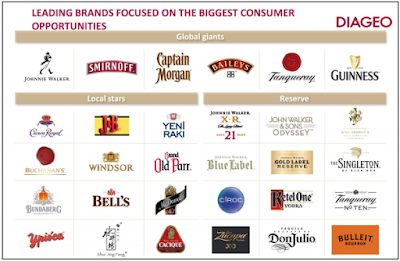 Okay, fast forward to today, Diageo, with 20% of its earnings from Johnnie Walker, has been a cashflow generating machine given its business of selling highly priced beautiful bottles of alcohol to rich men and high end bars in the last few decades. It churns out GBP 2bn in FCF globally (soon to be GBP 2.5bn with the collapse in pounds) and this is expected to grow at a 5-6% clip annually. This means that Diageo's FCF doubles every 11-12 years and it had indeed been the case so far. Its FCF in 1999 was GBP 0.5bn and it grew to GBP 1.3bn in 2006 and now almost doubling to GBP 2.5bn in 2017. Of course the market knew this and bought it up since three years ago. Today, as was three years ago, Diageo trades at high multiples: 22x PE forward in two years, EV/EBITDA of 17x and FCF to market cap at a whopping 26x. It fell around 5% during Brexit to teens PE before rallying 20%. Now the ship had sailed.

In conclusion, Brexit was a lesson about market's short-termism, the world's populace dismay at globalization and the wealth discrepancy it created, the possible emergence of a new financial order led by F4 (no, no, again it's not the boy band) and the power of great companies with strong business moats. On the last point, it was a reminder that we should simply buy a portfolio of these stocks and sleep soundly, not worrying over the whims and fancies of global markets.

Well, maybe Brexit won't really happen, it would take at least two years just to iron out the exit road map (and ten years to fully exit). Let's hope England do better in the 2018 World Cup and God Save the Queen!