We have to digress from Genting a bit given that this story is probably worth telling. We shall get back to Genting soon, hopefully the stock stays low!

Ok, Herbalife, as most people would know, is an MLM scheme. MLM stand for multi-level marketing which is a legalized form of pyramid or ponzi scheme. We shall get into this in more detail later. Back to Herbalife. Herbalife sells some nutrition stuff by recruiting people to sell to their friends and their friends hopefully sell to even more friends. Herbalife claims that its products are healthy, very good for the body and apparently also help with weight management! What's more, the seller can make impressive passive income by become a distributor selling Herbalife products to others. It has operations all over the world, including Singapore and it has made huge monies. In recent years, revenue is close to USD 5 billion and net profit of USD 500 million. So this is no small fry! 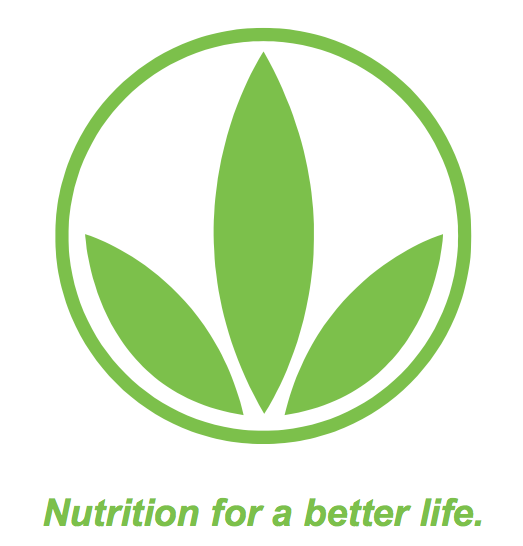 Now MLM while disgusting, is quite legal. Many companies use MLM rather than traditional distribution (like via NTUC or internet) to sell stuff. In a ponzi scheme, which is illegal, there is no product involved. A person pays say $100 to join the ponzi scheme and benefits when he can recruit more downline (say 5 friends each pay $100 to their original upline friend). He takes a cut from his friends and if his friends recruit more people then he earns more. This obviously is unsustainable and hence outlawed in many countries when it became well known how the trickery works some 80 years ago.

However, MLM introduces a product (usually something qualitative with intangible benefits like health products, cosmetics etc) and if the value of the product exceeds 50% of the transaction, then it becomes legal! Now this makes things quite tricky because numbers can always be played around. Of course not all MLM are bad. Insurance works on the MLM concept and Tupperware was originally sold via MLM. But I would say that majority of MLM out there are dodgy and it is best to avoid them wholesale.

Ok, back to Herbalife.

The story begins when a famous hedge fund manager Bill Ackman uncovered the atrocities that Herbalife committed. Herbalife years ago started out selling to rich overweight people who can afford their overpriced health drinks but as it would, growth ran out. In order to continue growing, Herbalife in recent years started targeting low income and less educated sellers to help generate more earnings for their upline. The master salespeople dangled carrots of nutrition, weight loss, huge passive income and managed to con tons of these people.

Here's how things work. A successful upline guy would usually invite a friend or two to one of Herbalife's health supplement party where they get to sample herbalife products. There will be lots of people at these parties but mostly already Herbalife people and everyone appears happy and chatty and it's easy to get sucked in and buy some of these overpriced stuff. Maybe like $200 for a week's worth. I believe in the a very short term, the product could have some visible health benefits, so people get hooked.

As time goes by, these people get persuaded to setup their own party or as Herbalife calls it: Nutrition Club to get more downline, sell more Herbalife products to their friends and earn passive income! Alas, most people cannot fork out $200 every week so 90% of these Nutrition Club owners see their life savings get sucked into buying inventories and inventories of Herbalife products. Some of these clubs become the neighbourhood childcare centre as the other low income mums and dads put their kids there while they go to work. There were sob stories of how families were ruined as they got conned into a promise of strong passive income for life but ended up broke with truckloads of unsold Herbalife inventories.

Due to some legalities around MLM, Herbalife cannot put up its logo and sell its products outright so Nutrition Clubs are not discernible from the outside. Usually, the interior is also pretty badly done up since most of these owners would not have money to invest in capex. The nice parties that they went to were akin to "mock" setups that doesn't represent most real nutrition clubs. 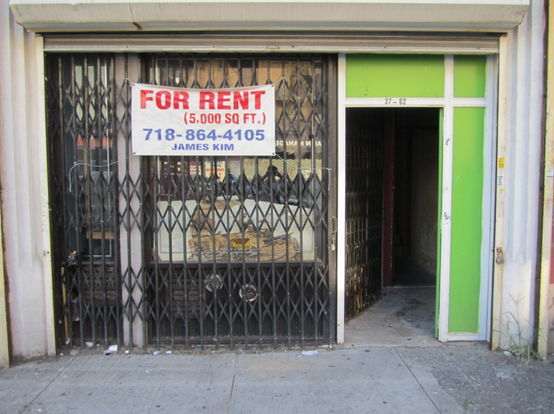 In short, Herbalife was a con job, according to Bill Ackman, who uncovered most of these stuff in a 300+ page presentation a few months back. In fact he started shorting Herbalife about 2 years ago and repeatedly reported that it was a mega ponzi scheme waiting to blow up. However, given Herbalife's strong earnings growth, nobody believed him. Most unfortunate for Bill, another richer and more well known hedge fund manager Icahn bought Herbalife and squeezed up the stock price. Herbalife went from $40 to $80 and Bill Ackman lost a billion dollars at its peak. They went on TV and got into a vicious "gladiator fight show" with the media. It was bloody.

Meanwhile Herbalife itself was feeling some heat from Bill and decided to launch its own fightback. It retorted some of Ackman's claim point by point in its investors' day presentation. Reading some of the slides reminded me of this famous Chinese story about a guy who duck a hole and buried some gold, but he was afraid that somebody might take it and hence he wrote,"there is no gold underneath this soil" and stuck it exactly where he buried the gold. Now if Herbalife is doing a legit business and making honest money, why does it need to make a big fuss over some hedge fund manager's claim?

Was it more than meets the eye? Stay tuned for Part 2!

The author owns Genting and dollars in this post refers to SGD.

Genting Singapore has recently dropped to multi-year lows and the stock at this level looks increasingly interesting. The stock has fallen from its high of $2.30 in 2011 to a dismal $1.04 as investors lamented about the lack of growth and the looming accounts receivables on its balance sheet.

Genting, needs no introduction. It started the first casino in Malaysia some 40 years ago and was awarded the licence to run the Resorts World casino in Sentosa, Singapore in 2006. Its transformation from a local casino operator in Malaysia to an entertainment conglomerate today is nothing less than spectacular. Today, the Singapore business alone makes close to 3 billion in revenue and it has a market cap of more than 12 billion dollars.

In this and the next few posts, we would do some analysis on this name to determine its intrinsic value and try to understand its business moats. As with the past analyses, we would be asking the few questions on the Stocks page.

1. What is the Investment Thesis?

Genting is one of the only two casino operators in Singapore earning over 3 billion dollars in gross gaming revenue or 45% market share on the island. While Singapore's gaming market has not grown much in recent years, growth should track the regional GDP over the medium term at 5% YoY. It has also sought to differentiate itself by providing family entertainment and a different experience for tourists. It owns Universal Studio Singapore as well as other strong entertainment franchises that would continue to grow alongside its casino business.

Genting has also eyed opportunities overseas and it announced an investment in Korea and would likely be a key player in Japan when its gaming market opens up. These overseas business remain free options of $0.20 to $0.40 per share today as most investors and analysts do not factor any value into its share price given the time horizon is still a good 5 to 7 years away.

With the 60% decline in stock price, Genting is becoming quite palatable. Genting trades at 17x forward PE and 9x EV/EBITDA which are at the lower ends of its historical ranges. Its PE is still pretty high if we just think about PE as we discussed before ie 17x means it would take 17 years to recoup our capital. But we have to understand that this is fundamentally a great business and the 17x PE is based on next year's earnings which would not necessarily do justice. Looking over the past few years, it managed to achieve a record of over 1 billion dollars in net profits and if we use that number, then PE goes down to 15x.

Based on free cashflow (FCF), the preferred way to look at valuation, Genting could generate around 600 million dollars to 1 billion dollars of FCF annually. If we use a conservative 600 million, we are talking about a 5% FCF yield which is quite high by any standards. This would also reflect that the stock has really corrected to such a level which makes it attractive enough for value investors.

Unfortunately, Genting does not pay a lot of dividend, so despite having a 5% FCF yield, its dividend is only 1%. But as the stock price correct further, its management might think about strategies to boost it, including raising dividends or perhaps a symbolic share buyback to signal that the stock is too cheap.

Well, gambling is great business. Not just good, but great, especially for the casino operator though not necessarily for the gamblers and their families. It is said that all vices make great businesses: smoking, drinking, gambling which is why they are also heavily regulated. Such businesses are driven by the idiosyncrasies of the human behaviour namely habit and addiction which makes consumption very sticky and allows the operators to have pricing power. Hence gambling is a good business, sorry great business.

Gambling habits have been well studied globally and statistic showed that around 1% of the population would suffer from gambling issues. The 1% of compulsive gamblers would also contribute to a significant 30-40% of the casino's revenue. In Singapore's case however, with the various restrictions and the focus on attracting VIP gamblers, the revenue contribution from Singaporeans and residents had declined from a high of 60% to 30% today. For Genting, it also has a significantly high VIP revenue of over 50% driven by Chinese and South East Asian tourists.

When looking at the global VIP gambling dynamics, one would then have to consider where Genting stands in the regional high class luxury entertainment and how this would evolve in the next 5 to 10 years. With half a dozen countries talking about integrated resorts, competition would undoubtedly intensify in the next few years. Genting's focus on entertainment and gambling could be its value proposition against the other competitors in Macau and some of the other ASEAN countries coming up with their own integrated resorts. It is also developing its brand name alongside megabrands like Universal Studios and Hard Rock Cafe.

In the last few years, the VIP gambling market suffered quite a bit as the Chinese economy slowed and the government clamped down on corruption/extravagance of its officials and this had a huge snowball effect on the whole global luxury market. However while this trend would continue, the rise of the global middle class and high income earners would in time offset this weakness.

Genting is well positioned to attract these high rollers both from the ASEAN region and from China and we would further examine its financials and risk in another post.
No comments: