Let's talk about Money and Gold too!

A very Happy Valentine's Day to all!

In the last post, we discussed asking some really fundamental questions about companies to see if they stood the test:

1. Does the company help improve the well-being of its customers?

2. Does the company add value fundamentally in ways that make all lives better?

3. If the company did not exist, would the world cease to functional properly in some ways?


These questions help us explore fundamental concepts that are really the basic tenets of life. These things are more fundamental than money or our notions of countries, democracy or even human rights, which are essentially concepts of the collective human consciousness. A dog or a monkey has no interest in money or where the country boundaries lie between France and Germany. But they do know kindness, reciprocity, value add and love. These are the true fundamentals in life. In my opinion, if investing is deviated too far from these, then it didn't make sense and would ultimately fail. 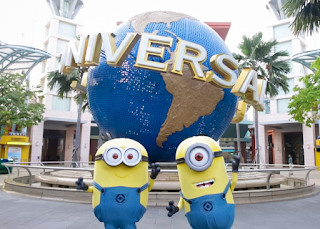 Let's take a look at Genting, a stock which had been discussed previously as cheap and perhaps a good buy. But how does it fare against the three questions posted above? Does the company help to improve the well-being of its customers? Well, that's really tough. How does gambling help improve one's well-being. I would really scratch my head here. In fact, gambling would destroy one's well being and also affect those around him, especially his family. Especially if he suffers from gambling addiction and is forced into debt and other woes.

Does the company fundamentally add value to make all lives better? Again, it is hard to see how a gambling resort add value to all lives. Perhaps it adds value to its employees by creating jobs and its shareholders, but not all lives, and definitely not those who were addicted and driven to debt and detrimental ways. So, if the company did not exist, would the world cease to function properly? In the last example, Dairy Farm, we could argue that some neighbourhoods might face disruption, until the competitors fill the gaps. But for Genting, even if all the hotels and theme parks disappear tomorrow, does it matter?

I would argue it doesn't. Life goes on. Perhaps the tens of thousands of Genting's employees might need to find new jobs but for the rest of the world, it really didn't matter if Genting disappeared. That's the sad truth. Having said that, vice stocks have created the best value for shareholders. Hence this is a philosophical argument whether we, as responsible and astute investors, want to own vice stocks that fundamentally do not add value to the world.

Ok, food for thought but let's move on.

In the last post, we also discussed the concept of money. Money is a trust system that is established over millennia by humans to faciliate transactions using currency mediums like sea shells, gold, or in today's context electronic ones and zeroes. There is a very remote risk that the system might fail, as it did in Germany during the 1920 hyperinflation, or in Singapore after WWII when banana money issued by the Japanese became worthless when the Japanese lost the war. During the Global Financial Crisis of 2009, we were very close to the collapse of the global monetary system.

Hence as astute investors, it might make sense to put a small portion of our investable assets into something that would mitigate this risk. Some very notable investors had always advocated having some money in gold although Warren Buffett, the Oracle of Omaha himself, never approved this idea. However as a risk mitigator to the collapse of the global financial system, it really does make sense, to buy gold, as a hedge. Yes, while gold will not compound its value over time - a block of gold will be the same block after 10, 20, 50 years, it will store and retain value in the improbable event that everything breaks down and all our bank notes, all our zeros in our banks, all our electronic stock and bond certificates fail to register.

In that same vein, we should think about investing into valuable stuff in the real, physical world that would still be essential for living - hard assets like land, modes of transport - motorcycles, electric vehicles and perhaps, value creating assets like solar panels or power storage like Tesla's Powerwall. The idea is that if the global financial system does fail and we are going back into the Dark Ages, then we need stuff that would be useful in sustaining lives. Land to plant food, means of transport, energy etc. Of course, this is a very, very remote scenario. It is more likely that life goes on for the next 100 years. But the idea is that we shouldn't rule things out. It make sense just to put 1% of our assets or less into these. In the most practical terms, maybe we should just hold some physical gold. 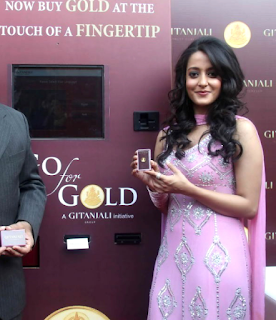 Gold is an unique asset class. It represents the ultimate store of value because its status had been independently verified and had since evolved together with the collective human consciousness over time. Almost all ancient civilizations used gold as a status symbol, in decorating temples and tombs alike. In modern times, it was the standard for the global currency exchange and even when that broke down, it remained as a safe haven asset class in times of crisis. It is the universal currency for all which would transcend failures of the financial system. So, do buy some physical gold from the local jewellery store. Remember, it shouldn't be a gold ETF, but real physical gold! 500g would cost roughly S$25,000 and fits in the pocket, which could be a good start.

So rather than buying roses, maybe it's worth buying some gold accessory for your Valentine today! That would kill two birds with one stone! Investment and love does go together! Again, a very happy Valentine's Day!