Sapiens: A Brief History of Humankind by Yuval Noah Harari was a book published in 2014 that became a New York Times Bestseller and has been translated into 30 more languages. I have read the book twice and found it intriguing enough to discuss it here as some of the concepts were not just refreshing but relevant to investing. The author Harari cited that the inspiration for his book came from Guns, Germs and Steel by Jared Diamond, which was also a New York Times Bestseller which I had also read and was also another eye-opening book for those interested in the history of the human species. 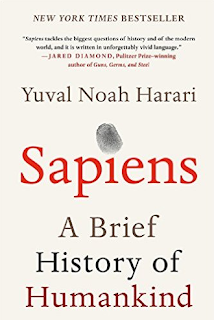 
Both books talked about how humans managed to achieve what we achieved today looking back in time from the Stone Age, exploring social cooperation, the advent of verbal communication, the genesis of writing, domestication of animals and other important technologies and concepts. In this post, we shall explore one of the most important concepts that humans came up with and its implication on investing - the concept of money. According to Harari, money does not exist in the real world beyond humanity. Harari introduced this concept from an interesting angle. He implored us to think not as humans but as other species on this planet such as giraffes, rabbits, octopuses and when we think as animals, we then realize money doesn't matter. Giving $1,000 to a monkey means nothing to him. He would be happier with a banana!

Hence money is a concept that doesn't exist in the real world beyond our collective human consciousness. This is very much like imaginary country borders ie countries themselves and imaginary lines such as the Equator or the Greenwich Meridian.

Money is a concept that has been refined by humans over the ages. Cavemen started with barter trade, then used stones and sea shells, which then evolved into gold, then bank notes, then electronic ones and zeros today. It works only because it is based on a communal trust that humans created. The trust that these stones, or gold, or notes represent claim checks on the society which other humans can swap for goods and services. It works only because all humans believe in the same concept. It is a collective myth we invented to facilitate transactions. It didn't work all the time. In the Stone Age, when the currency medium didn't register, money didn't work. For instance when another tribe didn't value exotic sea shells, the transaction broke down. Similarly, when hyperinflation exploded in Germany in the 1920s, bank notes became worthless. Perhaps gold is the only universal transactable currency that could transcend time and all other currency mediums.

During the Great Financial Crisis when Lehman went bust, we were quite close to the moment that the whole global monetary system and this whole concept of money might break down. If that happened, then all our monies, all the bank notes, all the zeroes in our bank accounts meant nothing. So, if we think deeply about this, we have to be more holistic in the way we handle our finances. As astute investors, we need to think at a more fundamental level. 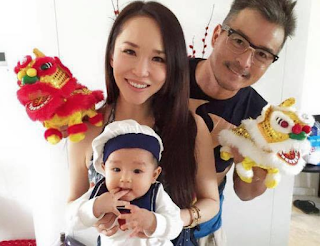 One perspective would mean following true fundamental concepts like reciprocity, value add, being healthy and able, helping and bonding with others. These are concepts that resonate with all living things, not just homo sapiens. If we treat animals like dogs and horses well, they will reciprocate in kind. If we make ourselves useful, able, we can always extend help and bond with anyone. Bacteria can exist as they too are playing useful roles in the world, like decomposing waste. During this CNY festive season, we are also rekindling family bonds, reconnecting with people that had made a difference in our lives. Reciprocity, being useful, bonding with others, these are the true fundamentals in life.

When we start thinking at this basic level, it then make sense to link these values back to buying companies that are applying these concepts. Facebook and Tencent create huge value add by trying to bond people digitally, making connections using technologies. Tiffany provides true value when the little blue box is presented by the giver to his significant other, which will become a testimony of their love for each other - you are my only one true love. 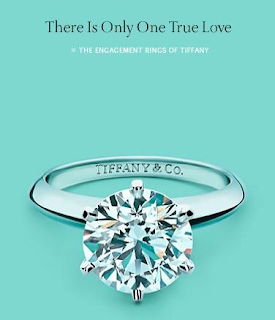 Expanding on this theme, perhaps it is worth asking these few questions when we want to invest in a company that we had researched well:

1. Does the company help improve the well-being of its customers?

2. Does the company add value fundamentally in ways that make all lives better?

3. If the company did not exist, would the world cease to functional properly in some ways?


Framing the questions in such basic terms can really give us another perspective on our investments. Take the Dairy Farm Group as an example. The Group operates Cold Storage, Guardian Pharmacy (Mannings in Hong Kong), Giant, Seven Eleven, Ikea and GNC amongst others retail big brands in South and East Asia. Does the company improve the well-being of its customers. Well, more or less, yes. We buy daily necessities, medicine, even furniture from the Group. Even though online e-commerce had taken over some of its share, we still pretty much need to shop at some of the outlets of the Dairy Farm Group.

Does the company add value fundamentally to make all lives better? Well, this is harder to answer. Obviously all the chicken and fish on sale in Cold Storage wouldn't agree. But for most humans, perhaps yes again. So I would half check this box. The last question would always be the most interesting: so if Dairy Farm disappears tomorrow, how is the world affected? So imagine, there's no more 7-11, Giant, Guardian tomorrow. Well, there might be some impact, some inconvenience to some people. Yes, there is still Cheers, NTUC Fairprice and Watsons but I guess some neighbourhood might find it really disrupting. Perhaps the disruption would create havoc for some people for a month or so as people scramble to do shopping at other locations until Dairy Farm's competitors come in the fill the gaps. So, yes, for some, the world do cease to function properly, at least temporarily.

So in all, I would say that Dairy Farm scores a 2 to 2.5 out of 3 here. This is a company that fundamentally adds value. Alas, valuation is a big hurdle with PE at more than 20x and EV/EBITDA at mid to high teens. With the stock jumping a good 15+% in the last month, value investors would think twice buying now.

Next post, we look at companies that would fail this test and also explore other concepts related to universally true fundamentals!