Breakthrough Energy is one of Bill Gates' company that is big on sustainability. The following chart and link provides good info for future reference. 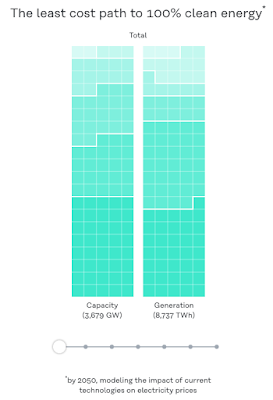 The sustainability problem will become one of the biggest topic for us and our children. Let's hope we can solve it!

Books #15: Bill Gates' How to Avoid a Climate Disaster

I picked up this book without much expectations. After all, so much has been said about climate change, is there anything new? Bill Gates was the world's richest man, still a billionaire and recently more of a philanthropist, how much did he know about climate change? What's more, his womanizing history caught up with him and he got divorced! So, can we actually trust this guy?

Well, I have also learnt some time back to think about the message. Brilliant truths are not about the messengers. Of course, someone respected and credible saying something is always the gold standard. But there are intrinsic truths utter by liars that will nevertheless remain true. As a simple example, if Donald Trump says π equals to 3.14159265, it is still true. Despite the speaker having a track record as a recalcitrant liar. 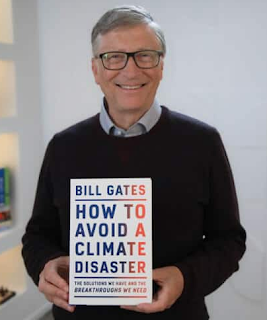 Bill Gates is not a liar. He has no reason the write a book about some topic that already has so much publicity. At a time when he is having trouble with his wife! So, let's pay attention to his message. As such, I wanted to put this down for future readers and for myself to remember the important message.

I believe there are three key takeaways:

1. Big numbers to define the problems

2. We must do something now, if not the problem gets bigger.

3. The solution is to reduce the green premiums to zero.

Bill Gates, being a geek, likes to throw out a lot of numbers and as investors, we should take note. Numbers are important. So these are the important numbers:

51 billion tonnes of carbon. Humans produce this every year and we need to get this to zero.

The world needs of the current electricity generation capacity of 5,000 GW to be from renewable and zero-carbon sources. If we want to achieve this, it will take a lot innovation and willpower. He also believes we need to use more nuclear power.

On the second point, it's really self explanatory. A stitch in time saves nine. If we don't do it now, the problem gets bigger and it may become intractable. I did not remember if the number came from the book. But roughly speaking, if we don't do anything now, the cost to do something 10 years later will be 10x higher and we are talking about trillions of dollars here!

The last point on green premium is really the core of the book. For almost all situations, the zero-carbon solution will cost more. The point is to reduce the green premium to zero. There are examples that this has been achieved. For example heat pumps to regulate temperature in buildings. If we innovate and use technology to reduce green premiums, we can incentivise the world to go green faster.

This is definitely a book worth keeping. Hope to read again if there's time.