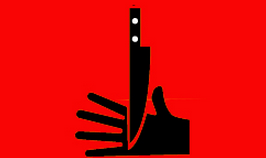 
The third part of this year's list produced a few interesting names. Let's look at the global firms. These are household names that are likely suitable candidates for long term portfolios: Pearson, General Electric, Caterpillar, Siemens, Coach, Kimberly Clark etc. All strong companies with proven track record now looking reasonably priced at 3-3.7% dividend yields, mostly with double digit ROEs and PE in teens. Sounds too good to be true? In most cases, things probably are so. Do dig deeper and figure things out. We have to work hard to make money!

Say Caterpillar, it has significant exposure to global mining which is in a huge decline after China slowed and all the commodities got hit by slow demand, over capacity and low prices. Iron ore fell from $100 to $40 and copper also suffered a 30-40% decline from its peak. Even oil is not spared. Who could have predicted that oil would crashed to $50 in 2014?

This is actually a very important point in investing which is worth highlight here again. Prediction is futile. Everyone loves to predict the future. Singapore property prices would be rising into 2015, 2016, 2017, whatever. Japan is dead with aging population and declining workforce. Who needs cars when we have horses. Well, Singapore property prices dropped! Japan's stock market went to a 15 year high with the Nikkei at 20,000 and we no longer see horses today.

The answer to good investing is not to be able to predict but to be able to buy things that are safe and reasonably priced. Once in a while, we see some no-brainers and real bargains but they are quickly snapped up. Bargains also come when things are so bad that no one dares to buy anything. That's the time to come in. Be greedy when others are fearful.

Amongst the global names, Pearson looks pretty interesting. For the un-initiated, Pearson is the #1 education firm in the world with US$8bn in revenue. It sells both print and digital textbooks and education materials and also administer tests for educators and owns strong brands like Penguin, Longman, Prentice Hall and the Financial Times and The Economist. Don't play play! Pearson generates consistent and strong free cash flow of US$1bn on average over the last decade. It currently trades at a 5-6% free cashflow yield which is pretty cheap for such a great business.

The stock had been weak with some issues in the US market where analysts opined that iPad and Google will make education materials completely free and kill Pearson left-right-centre. There was also this huge debate about shifting US junior and high school education to a new Common Core standards (something like O Levels?) but then teachers would also be judged by how good they taught. It became a major political issue and Pearson was right in the middle of it. So the stock languished for some time. Of course, we all know educators are one of the most stubborn people to change anything, so personally, I don't think Pearson's franchise is under any serious threat.

Hence it's really a great time to own this! Imagine you can tell people you own Financial Times! (FYI: I already owner)

As per the previous years, I have used the same criteria over and over again with just minor tweaks. This year we included the major markets, cut off dividend at 3% yield and cut off average ROE, Free Cashflow (FCF) and EBIT margin as shown in the snapshot above (8%, 5%, 8% respectively for those unable to see the snapshot). With global markets at near highs, the cut offs, as one could tell, are not great nor at bargain levels. Usually FCF yield at 10% would be considered as a great entry point. Sadly, we haven't seen that in many years.

Oh, not forgetting the Singapore stocks, the few names in this pack were also good stuff. Jardine Cycle and Carriage, one of my core holdings and probably ok to buy now. Osim, Singpost and Wing Tai are also well-known names. Unfortunately, I have not studied recently. Readers with recent updates do share!

So that's that for this year! Hope to have some good catch! Huat Ah!