Trade wars happened before, when Japan rose to power in the late 1980s and the 1990s. The beneficiaries were the neighbouring countries that had the capacity and the education level to capture that demand. In the Japan era, it was Thailand, Korea and to some extent China itself. In the Americas, it was Canada and Mexico.

In today's global village, the beneficiaries would also be global, if US chips cannot be shipped to China, then it would be chips designed and made in other countries. Beneficiaries could be UK, Japan, Singapore, Taiwan and Germany. Global Foundries in the Middle East could also benefit.

As mentioned before, investing is never binary. It is more about creativity and there's always a different way to look at things! Huat Ah!

This is a continuation of the Book Lessons #2: The Selfish Gene Part 1. Unfortunately, I cannot find any investment lesson in this post, only life lessons!

In the later part of the book, The Selfish Gene, the author Richard Dawkins introduced how altruism sometimes work in nature as it becomes beneficial to both the giver and the taker. The simplest example is what we had learnt in Biology 101 - symbiosis, the direct opposite of the parasitism. It was a good reminder that in struggle between good and evil, there are always examples of good triumph over evil. Though strictly speaking, the main theme of the book is to really move the argument away from good vs evil but rather to think in terms of evolutionary stable strategy or ESS. 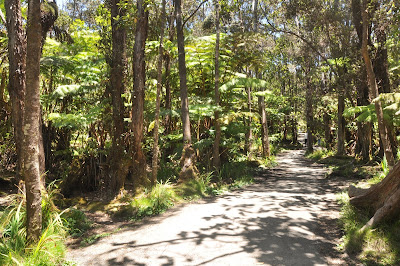 Faces of Mother Nature I

In short, there is really no good and evil in the real world of Mother Nature. Is the cuckoo bird evil because of her parasitic way of breeding? What matters is whether evolutionary strategies would achieve stability i.e. the genes would be able to propagate into many future generations. Similarly, in our own lives, rather to think in terms of good vs evil, sometimes it is about having better strategies and think about what's the final endgame that matters for us and for future generations. Having said that, we surely must refrain from deploying too many "evil" strategies! We are here do make the world a better place, not turn it into hell!

One example that brings this out well is the story of the Tit-for-Tat strategy. This strategy became famous after in won over all other strategies in the famous Prisoner's Dilemma game when two prisoners are caught and they can choose to betray the other one or not to. As a reminder, the payoffs are as follows:

1) If A and B each betray the other, each of them serves 2 years in prison.

2) If A betrays B but B remains silent, A will be set free and B will serve 3 years in prison (and vice versa).

3) If A and B both remain silent, both of them will only serve 1 year in prison (on the lesser charge bcos there is not enough evidence).


In just one game, betrayal is always the logical outcome unless you know 100% that the other guy surely won't betray you. However when the game becomes iterative, things get very interesting. We can devise as many strategies as we like. So when competitions for multiple strategies were played via computers, it was discovered that the best strategy is actually the Tit-for-Tat strategy which means that we only betray when we were betrayed previously. In some cases, Tit-for-Two-Tats also work.

This has found to work in nature as well with birds (again). Birds usually have ticks growing in their feathers and they can pick them off with their beaks but not those ticks on their heads. So birds rely on other birds to help and usually this works on the tit-for-tat basis. If you help me, then I will help you. A bird that keeps betraying would soon realize no one will help it get rid of ticks. Its head will get so itchy that it fails to procreate, or explode, or whatever. Just kidding. But surely they have less energy to procreate when they are always itchy. 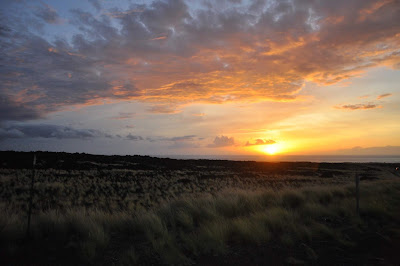 Similarly a bird that keeps helping might find disappointment from time to time if the other bird betrays by not returning the favour. The tit-for-tat works because it helps to figure out who the betrayers are and hence avoid them. When it finds a nice guy, it would continue to cooperate as long as the other guy cooperates which works out well and both would live happily ever after, walking into the sunset.

In life, most of the time, it doesn't pay to be the good guy. Hence the phrase, "good guys finish last". Nature has also shown that evil does triumph 58% of the time as shown in the last post (in a population of hawks/aggressive and dove/docile, 7 hawks to 5 doves being evolutionary stable i.e. the ratio of hawks to doves will not change after many iterations) but there is always room for good. In fact, the moral of the story seemed to be that we should be good when it pays to be good and we should fight evil with evil when the situation calls for it.

However, once a population succumbs to Always Betray, it will always remain there. If we think back in terms of the jail sentences, everyone will be getting the same sentence. There is no room for "upside" anymore. The Tit-for-Tat strategy is different. Even if there is just a tiny portion of the population that continues with Tit-for-Tat, usually in a local cluster with no Always Betray strategies around, it can grow again and in time crosses the knife edge and converts the whole population to Tit-for-Tat.

The author further explains why Tit-for-Tat is so powerful. First, it is nice, it always begins by cooperating. Second, it is forgiving, it betrays only after being betrayed and it never remembers beyond the last betrayal. Third, it is not envious. It doesn't care if the other guy gets more money or a lesser sentence. Hence it is a strategy that strives to beat the system, not just the other guy. Perhaps that should be the motto how we should live our lives too! 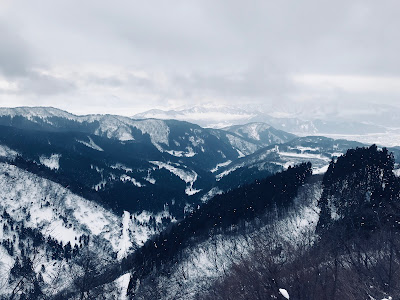 
The truth is, Tit-for-Tat happens a lot in human societies and in nature as vividly illustrated by the author using how the British and German soldiers behaved during WWI and also in vampire bats. Not knowing when the war will end, British and German soldiers started cooperating rather than fight and die in the cold winter. They even celebrated Christmas together! On the other hand, vampire bats are known to donate blood to their kins and sometimes to stranger bats too when these poor bats did not find enough blood to fill their stomachs on unlucky nights.

Vampire bats rise above the bonds of kinship, forming their own lasting ties of loyal blood-brotherhood. They could form the vanguard of a comfortable new myth, a myth of sharing, mutualistic cooperation. In fact, they could herald the benignant idea that, even with selfish genes at the helm, nice guys can finish first.

Here's another interesting chart. Sales of concert tickets had quadrupled since 2000. The top concerts bring in $100-200m just in North America alone. Live Nation (LYV US) is just racking it in! 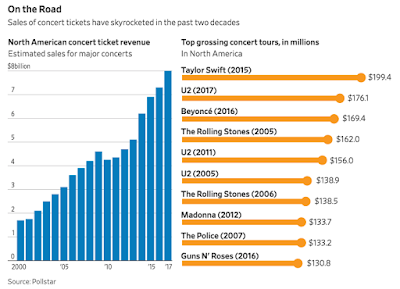 This is the Experience Era. Since internet took over the world, reality now has a different meaning. We treasure what's left that cannot be done on the net more than ever. Hence concerts, live events, theme parks even going to the movies is different.

"Welcome to the real world, Neo," - Morpheus, in the Matrix
No comments:

Just read a disturbing article on this term while research on Hong Kong. A significant proportion of low income families or singles live in these coffin homes because rental has simply gotten too expensive. 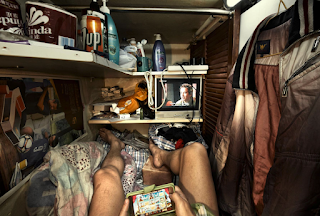 Coffin homes are becoming a way of life in HK. The pic above shows typical single man living in his coffin home. The pic below shows a small family living in a slightly larger room. 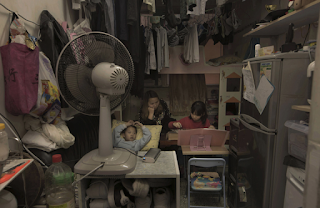 Families living in a "bigger coffin" spend their time in confined space studying. The picture below shows another family having a meal in their coffin room. 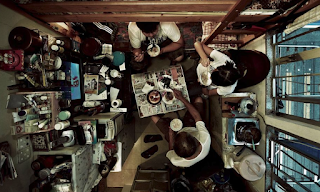 Here's the punchline: is this also the reality Singapore is facing?