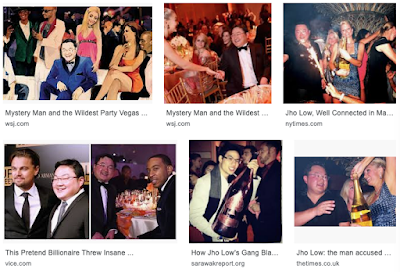 Here's a dated chart from WSJ. The startup boom ended with the arrival of the coronavirus. Let's see how many will still be around in 18 months. 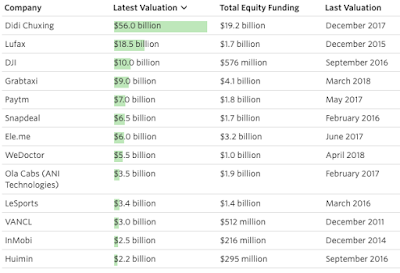 Grab has come a long way. Hopefully it will be fairy tale ending with rainbows for this ASEAN unicorn. Huat Ah!
No comments:

Billion Dollar Whale was published in 2018 and updated in 2019 tells the story of Jho Low and the 1MDB heist in full details. Jho Low was the mastermind (even though he denied it) behind stealing billions of dollars from Malaysians. When the scandal broke out, it brought down Najib in the 2018 elections, in effect, ending UMNO's 61 year rule in Malaysia, our truly Asian neighbour.

Alongside Bad Blood, these two books provided detail descriptions of the financial bag of tricks and things to watch out for in fraud cases. It is worth jotting them down for future references. For me, here's the three warning signs:

1. Lack of transparency and out-of the-norm obsession with secrecy
2. Lack of independent oversight
3. Slight discrepancy in names of bank accounts and incorporate entities


In both stories, the perpetrators used secrecy as the main reason to put people off track. Theranos constantly site its need for maintain top secrecy because the firm had to take precaution against competitors who might steal their technology. They refused visits to their labs and keep a tight check on its employees to make sure nothing was ever leaked. In reality, there was no proprietary technology, it was all about hiding the scam. In Jho Low's case, he used the authority of the Malaysia's Prime Minister (Najib) and his sovereign wealth fund to fend off the need for transparency.

Without transparency, it is easy to cook anything. As such, investors must always be extra vigilant when companies or organizations use all sorts of excuses to mask transparency. In today's connected world, it is no longer possible to hide anything. You can only go only as far as common sense allows. When a company sue ex-employees for divulging secrets (Theranos' case) or when bank transfer is asked for accounts with no beneficiary's names (Jho Low's case), warning signs are all over.

Every company has a board of directors. The board has a say in many things including firing the CEO and is accountable to shareholders. Singapore companies like to publish the faces of board members as it is an accomplishment for someone to be a board member of a prominent company. DBS' board webpage is decorated as such (see below). 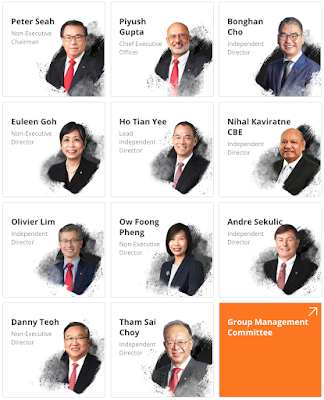 So when 1MDB first Chairman resigned in 2009. It was a big warning sign. Unfortunately, in our busy, mobile phone addicted world today. Nobody would notice anything if it's not flagged out. It was the same situation with Theranos when multiple board directors resigned as they kept hearing uncomfortable news from outer sources. The bombshell was dropped on Theranos when Henry Kissinger resigned. As such, resignation of prominent external parties is something to look out for.

There are cases whereby the board was already stuffed with conspirators in the first place. This was what happened in 1MDB after the first Chairman resigned. In many small companies, nobody wants to be on the board in the first place. So, naturally, only friends or friendly acquaintances would join the board. This is one reason why mid and small caps are not comparable to large, blue chips companies. The board is the minority investors' last line of defense. If they are conspirators of fraudster CEOs and founders, then there is little hope to see our money.

The other big independent entity is the auditor. The auditor's report is an important piece of document to pick up nuances as highlighted in Billion Dollar Whale. 1MDB rotated through 3 of the big four auditors with most of them highlighting concerns that were crafted into the auditor's report. The thing to look out for would be a disclaimer of opinion or an adverse opinion. A disclaimer of opinion means that the auditor chose not to provide an opinion of the company.

An adverse opinion means that the auditor found something wrong in the financials but does not have enough evidence to express that opinion. When this happens, regulators would have to step in. As such, both disclaimer of opinion and adverse opinion would usually not happen in writing so what happened at 1MDB was continuous delay in finalizing the accounts as well as change of auditors within a short period of time.

This would be another major warning sign. In the next instalment, we would discuss discrepancy in names as well as other lessons. Stay tuned!

Happy Star Wars Day! May the Force be with You!
No comments: