Patrick Mouratoglou (born 8 June 1970) is a Greek French tennis coach and sports commentator. He has been the coach of Serena Williams since June 2012.

My coaching method, which I apply to everyone, involves learning to understand the player, how to speak to him/her, how to analyze that player’s game and how to work with each of them taking into consideration their particular personality. I used to say that every player has their own world and their own language, and this is something you need to learn as a coach in order to be heard, trusted and followed.

Get input from your athletes - check with your athletes to determine if what you are communicating to them is understood, what they need, and what they want. Remember, if you are asking for input, at least be willing to incorporate something (a suggestion) at some point.

Challenge some (1 v 1 against a teammate), recognize others in front of their teammates (at the end of practice or in the locker room), appreciate others in private (in your office or the hallway), and provide others with a chance to show you a quality performance (quality over quantity of work). Remember, different athletes are motivated by different situations and feedback.

Give your athletes a reason to want to work hard - take the time to develop genuine, honest, caring, and trusting relationships with your players. Athletes will work harder (and longer) for someone they know genuinely believes in them, cares about them, and is committed to helping them achieve their potential. At the heart of player motivation is the quality of the coach-athlete relationship.

Model what you want to see - be motivated yourself. If you want someone to work hard, you better be working hard. If you want someone to put in extra time, you better be putting in extra time. Athletes do what they see. This is why the motivation of the coaching staff is so important and why it is so important to have quality team leaders who can lead by example, hold accountable, and promote a climate of motivation and inspiration. Set a motivational "standard" by what you do, say, and expect. Say it, expect it, but also make sure you do it!
No comments:

Gaming has become part and parcel of everyday life no thanks to casual mobile gaming that had captured the eyes and minds of people young and old. The industry, segregated into mobile games, PC, console and others, is today a USD140bn industry which is larger than Hollywood and music combined.

What's more, the growth is accelerating. Esports, games with millions of spectators watching professional gamers play against others, is set to grow as big as traditional sports. This comes with it ticket sales, sponsorships, advertisements and merchandise purchases which would also serve connect the internet and real lives. 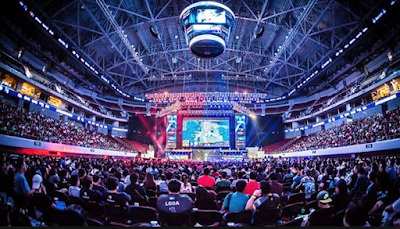 Esports gonna be as big as soccer!


At the core of it all stands two companies: Tencent and Activision Blizzard. Okay, maybe not just these two, but they are definitely up there on the league table alongside Electronic Arts, Nintendo, Microsoft (Xbox), Sony (Playstation) and dare I say, Razer, our homegrown mouse powerhouse! Today, we are going to do some deep dive analysis into Activision Blizzard (ticker code ATVI).

ATVI is one of the leading gaming company in the world having grown its franchises over the past twenty years across different eras, genres and gaming devices. Today, it boasts 345m monthly active users (MAU) across 8 blockbuster titles including Warcraft, Overwatch, Call of Duty and Candy Crush. Some of these titles has also established esports leagues and ATVI stands to benefit as esports take off in the near future. It also boasts strong track records in both innovation and M&As and should continue to produce and acquire new esports franchises in the future.

ATVI has consistently generated positive free cashflow and analysts had estimated that it could generate USD 2.2 to 2.5bn in FCF in the next three years and likely grow to USD 3bn in the future. As such, at its market cap of USD 32bn today, it would mean that ATVI is trading at 6.9%, 7.8% and 9.4% FCF yield respectively. This represents significantly margin of safety for a gaming leader with strong branding and strong franchises.

So, in essence, that was the investment thesis for ATVI. The investment thesis is the reason why we want to buy a stock. It should be easily articulated and remembered. Then as we research further, we should identify the supporting positive factors and also the risks. In the next few paragraphs, we would describe industry background, business model and the positives for ATVI - brand stickiness in gaming and how it further enhances AVTI's moat surrounding one of the most solid business models on our planet.

The gaming business started in the late 1960s and early 1970s with arcade games which later evolved into console gaming and now mobile and multi-device gaming. We are also catching glimpses of the future - game streaming, just like what Netflix did for movies and Spotify for music. The business model has a recurring income stream since the days of console gaming. This was the famous razor-blade model whereby users paid up once for razor (the console) and then made further recurring payments for the blade (the games which used to cost $20 but are now costing $50 to $70!). In game streaming, this revenue stream gets further stability as each gamer pays a monthly subscription just like today's Netflix and Spotify users. 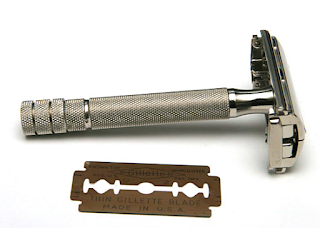 In the last 50 odd years, scientists had studied gaming thoroughly and had seen the impact on human brains. In short, gaming is a form of addiction, just like smoking, alcohol, drugs, sex, casinos, chasing Korean drama, Facebook and reading investment blogs (just kidding). In the spectrum of various addictions, it is probably not as bad as casinos or smoking but it's definitely worse than losing sleep chasing Korean drama or constantly checking Facebook and neglecting your family. Games are now designed specifically to entice with cues that would trigger desirable actions which would then lead to rewards. This releases dopamine into our brains, making us feel good and hence constantly seeking to replicate this cycle.

In casinos with the slot machines, the cues would be the near misses such as lining up two sevens (while three sevens would mean hitting the jackpot) that would trigger the gamer to keep pulling the slot lever (hence burning a lot of cash along the way). Once in a while, three fruits (not three sevens) would line up and reward the players with a small payout, keeping them hoping for more. Over hours, days, weeks and even years, pathological gamblers become stuck and would squander all their monies and go into debt, leaving their lives in ruins. As this became clear, governments started regulating casinos.

Mobile or console gaming, today is not regulated. Well, first, most gamers do not spend enough to go into debt. But games work with the same principles: cues, triggering actions which sometimes lead to rewards. For instance, Candy Crush, gamers would quickly find out that it happens very often that they will run out of moves and very coincidentally, only one more move is needed to complete the level. To complete the level, one would have to fork out $1.99 for that one move. This is very powerful and 3-5% or sometimes more of the population ultimately falls for it. 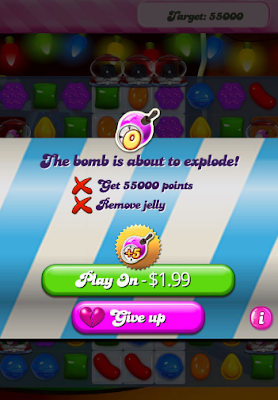 There are many more well research cues that game designers use to ensure that gamers come back for more. We discussed near misses, there's also level progression, rankings, competition with friends, rewarding gamers with awesome story graphics and ending scenes, rare collectors items in games and many more. Guess what, Activision Blizzard knows them all and had been using these for years.

In one of their most successful games - World of Warcraft, the average gamer spend a crazy 22 hours per week in the game. Almost 30% of players play more than 30 hours per week. That's 6 hours from Monday to Friday. In most CBD* jobs in Singapore where white collar workers do 90 minute lunches and multiple coffee breaks, the hours on Warcraft spent beats full-time job hours. Maybe some CBD workers are spending lunch and coffee breaks playing World of Warcraft.

ATVI understands games better than anyone else. But it also understands branding and marketing. The company had successfully generated so much hype for most its top franchises that almost always guaranteed sellouts. In one recent instance, Call of Duty - Ghost sold USD 1 billion dollars on its first day. As such, ATVI boasts eight billion dollar franchises namely: Call of Duty, Warcraft, Overwatch, Candy Crush, Diablo, Starcraft, Heartstones and Skylanders. It constantly rotates new sequels amongst these franchises not unlike what Disney is doing with Marvel, Star Wars, Pirates of the Caribbean, Indiana Jones, Pixar and more recently remakes of old Disney cartoons. This strategy generates some stability in an industry with constant hits and misses.

As such, in recent years, we had seen strong and growing free cashflows (in both Disney and ATVI). In the next post, we shall discuss the other positives and risks. Huat Ah!

Charts #23: True Cost of Your Cup of Coffee

We are not paying for coffee!