This comes from the courtesy of the now famous website, simply named - thewuhanvirus. 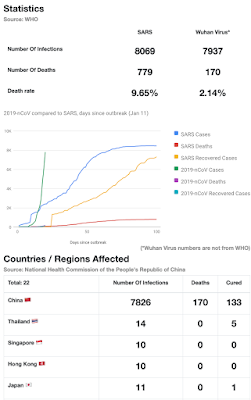 We are not even halfway through the crisis. The saving grace is that it is not as deadly as SARS but still many more people are likely to die. Please wear masks, sanitize and stay safe.

Over the New Year celebration, we received news that Carlos Ghosn managed to escape Japan using a fake passport to board a private jet. He was willing to forfeit c.USD 15m of bail money and probably used a lot more to get himself to Lebanon in ways and means not available to mere mortals.

Similarly, Jho Low, the mastermind behind usurping billions from Malaysians is still at large, using the billions at his disposal to find countries willing to give him a safe harbour. Money does makes the world go round the way you want it to.

Could this be another side effect of negative interest rates? With so much liquidity around the world, billions fall into the undeserved hands that much easier and these hands use such financial firepower to get what they want. It might take a lot more to truly dispence justice going forward.
No comments:

Skiing has always been a status sports given the cost (easily costing a few thousand dollars per person), the exoticness and the instagrammable pics of the family in ski-wear and gear with snow-capped mountains in the background. In the last 10 years, we have seen a huge explosion in tourist numbers to high end ski destinations globally: Whistler in Canada, Aspen in US and Zermatt in Switzerland, just to name a few. In Asia, the number one destination is Niseko, Hokkaido, Japan.

Some of these destinations had always been premium locations since modern leisure skiing started. The most important features being the quality of the snow and the geography. Skiers want snow that is powdery and slopes that can hold these snow and also provide good variety for novices and experts alike. Niseko started to attract attention around 7-8 years ago and early investors from Australia put in money to turn Niseko into one of the top destinations for global skiiers. 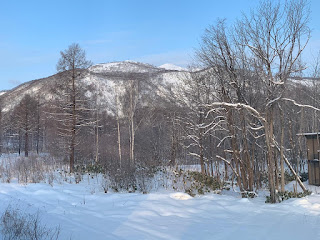 Today, Niseko has become the undisputed #1 Asia ski destination attracting more than 200,000 foreigners during its ski season from December to late April. In 2018, mainland Chinese, Hong Kongers and Taiwanese accounted for c.50% of foreign tourists while Australia ranked #2 with 12% and the Koreans are not far behind. Interestingly, Singaporeans have been visiting Niseko by troves. 11,000 to 14,000 Singaporeans visited Niseko consistently over the last five years and the numbers look like it can only go up. Our own homegrown property developer SC Global is launching a 190 freehold apartment project in 2020 alongside world class hotels like Hyatt and Hilton.

Part of the allure is that Niseko offers more than just powder snow. Starting with Australians, global investors, including Singaporeans have been investing in retail, food and other amenities since a few years ago. Tourists can find good food, shopping as well as the whole slew of tourist services including spa and massage, physiotherapy, car rental as well as peripheral activities such as snow hiking and even baby-sitting. Night life in Niseko is also never boring, with drinking places and bars at every other block. 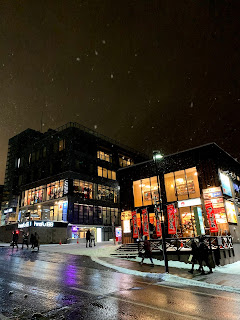 This has led to a strong global eco-system pushing up local wages which led to higher prices for food and services which fed back to even higher wages. With high prices, the back-of-envelope calculation of an apartment investment in Niseko makes the math works. Believe it or not, a two bedroom apartment in Niseko cost c.SGD 1,000,000 today. But the same apartment could be rented out for c.SGD 1,000 a day and even with just 4 months of rental income, the revenue comes up to be SGD 120,000 implying a gross yield of 12%. Subtracting the overheads, investors are still earning 6% net rental yield.

This is very attractive to Singaporean investors used to 2% residential yield and 4% net yield for most other types of properties. As the global rich continue to flock to Niseko, hotel pricing will continue to go up, apartments can continue to charge higher prices. More luxurious apartments can easily charge SGD 2,000 for a family of four a day which is still cheaper than staying at Hyatt or Hilton at Niseko during the ski season.

So, is it a no-brainer investing in an apartment in Niseko?

It is if we assume we can sell the apartment. But Niseko is not Tokyo and land is abundant. We cannot assume there would be ready buyers after ten years. A new investor can always buy a new property developed by SC Global, or Hong Kong Land or some Japanese developer in 2030. Why would they buy an existing ten-year-old property rather than a brand new one?

The other big question is the relative pricing of properties in Japan. Given that a similar property in Tokyo is selling for almost the same price as an apartment for Niseko, does it make sense that Niseko's apartment can go higher than Tokyo even if it has a better rental yield? Mathematically, it could. This is because one can argue that Niseko's 6% yield that could become 10% is more attractive Tokyo's 3-4% yield that is not going anywhere.

Intuitively though, it is very hard to stomach why should someone cough up a million dollar on a property in Niseko when he or she could buy a good apartment in Tokyo or for that matter, a slightly smaller shoebox in Singapore. There will be a lot more demand for a second-hand shoebox condominium in Singapore as our beloved city state has become a playground for the global rich and famous. But Niseko? 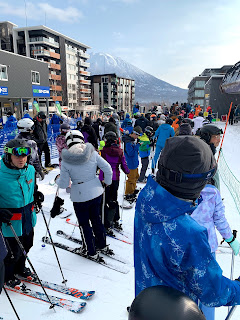 Niseko is not a global city. There is limit to its growth. Queuing for the ski lifts is exhaustingly long as it is. Tourists has caused prices of food, lodging and services to skyrocket in the vicinity. This has drove up the cost of living and most locals have moved away, preferring to live in Sapporo or Chitose. Without the local population to anchor life, it is hard to see how Niseko can continue to flourish. Global tourists can love Niseko today, but they can also move elsewhere in a flash. Not forgetting that Japan is a country of natural disasters. An earthquake in Japan would cause property prices to collapse across the country, from Niseko to Tokyo to Fukuoka.

Having said that, Aspen and Whistler have gone on the same paths. Niseko could follow their success story. Property prices of similar sizes in Whistler ranged from CAD 100k to 1.5m. Expensive stuff goes for more. In Aspen, properties across the board in ranged from USD 1m to 10m. So Niseko's properties might still increase in value. The global rich is getting richer, driven by cheap liquidity, their search of yield and valuable assets will continue indefinitely. At the back of all this asset inflation is ultimately global negative interest rates. This is the same big tailwind for many types of investments, be it stocks, industrial properties in Singapore or private equity stakes in disruptive startups.

Niseko, or exotic winter holiday homes in general, could become an asset class like collectible fine wine, art pieces, luxury watches and the likes. It has the added characteristics of good rental income and a respectable rental yield at face value. So it does look attractive. But as astute investors, we must remember it's not the same as rental income from a Tokyo or Singapore property.

I would buy a property in Ho Chi Minh, Vietnam any time over an accommodation in Niseko. But that's just me.