The saga of the week in Singapore was about pumping petrol. For readers not from Singapore, here's the story. A BMW driver drives his car into a Caltex petrol station and said, "Fill Ten" to the pump uncle. The pump uncle then proceeded to pump gasoline to full tank, because he heard "full tank". The driver, realizing his car now has a full tank, became enraged, scolded the pump uncle and refused to pay up. He single-handedly cogged up the whole Caltex station for half an hour. By then, his face, his car number are all up on social media with netizen blasting, "If you can afford a BMW, who the heck fills $10?" Subsequently he explained he was selling the car, hence there was no need to fill more then necessary. But the whole saga just sounded fishy, maybe he is really a crook, who knows. Meanwhile netizens came up with this form to be distributed at all gas stations in Singapore. Haha! 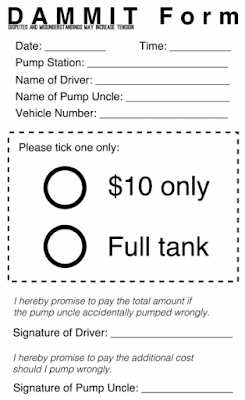 
As in investing, it takes a lot to prove accounting fraud, Midas did it for twelve or thirteen years and we only found out recently. At its peak, Midas' market cap reached SGD 1.2bn and it was generating close to SGD 50m in net profits. Well, as experienced value investors, we know too well that profits were too easy to manipulate, cashflow analysis required real kungfu. Indeed, Midas burnt through S$760m of FCF over 10 years and probably used some creative accounting to generate roughly SGD 40m of positive FCF in 2007 and 2017. In the end, the positive free cash accounted for 5% of the total money burnt. So be really careful when you see years and years of cash bleeding.

Back to petrol pumping hopefully we can tell some day whether it was the pump uncle who was hard of hearing or the BMW swindler who had been doing this "Fill Ten" trick for years only to be found out last week. Having said that, this saga pushed me to think about why would someone do such a thing? In the end, it could be a stupid case of trying to get even with Big Oil. Singapore's retail fuel market is an oligopoly, as with most things here. Hence pump prices had remained high despite crude oil prices being super volatile. The following chart (courtesy of TradingEconomics and SPC) showed how pump prices in Singapore trended. we can see that prices had been ranged bound between SGD 1.25 to SGD 1.8 since 2010.

Singapore pump prices over the last 10 years or so.


The same chart for crude shows some correlation at first glance but from its high, oil fell 70% or more from $100 per barrel to $30. It stayed low for a good 18-24 months but Singapore pump prices never fall more than 50% and stayed low only around the few months in 2016. For some reason there was also this huge spike in 2015 despite global oil prices remaining low. I guess we can say that Singaporean car drivers are pretty much screwed by Big Oil. 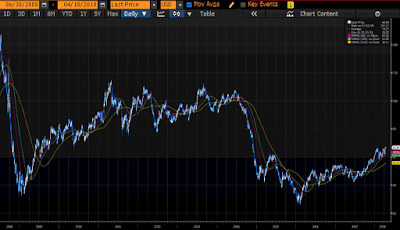 Crude prices over the last 10 years


Actually, this is the same story all over. We are also screwed by Big Developers and also screwed by Big Car Dealers (a typical BMW would cost a low to mid five figures in Germany but is at least six figures in Singapore). What's worse, we then have BMW drivers screwing pump uncles. Poor Singaporeans and pitiful pump uncles. Is there a way out of all this? It's really hard as capitalism and economics drive so much of everything these days. We might have to learn from the Nordic countries and develop some form of graceful capitalism if there is such a term.