The time of the year has come to review the annual dividend list, this year we are breaking up to list into more parts so that we can discuss more names. We have used the same criteria over the years which is free cashflow, EBIT margins, ROE and the dividend yield. The most important one would be the free cashflow. As this determines the companies' ability to pay dividends. Dividends should be a integral part of everyone's portfolio because this is where real money comes back to us. In my experience, 50% or more of an investor's monetary gains would actually come from dividends in a long term portfolio. It is also a good idea to first build a strong dividend portfolio that would supplement or even cover entire annual expenses. Then we are really free to choose the work we really want to do.


Ok let's go straight into this year's list. There are three Singaporean names here today but I really wouldn't recommend them. Telcos have indeed become dumb pipes since the internet giants took over the world. They have seen how voice revenue, SMS revenue and even data revenue dwindled as users shift their dollars away to in-app purchases and other avenues. While they still generate strong cashflows by squeezing users more and more for the remaining services they still have control (e.g. data roaming, caller ID etc), these last pockets of revenue would also disappear in time, as all of the economic value add get transferred to the internet firms.

Silverlake Axis, the other Singapore name used to be a darling as the "IBM of Singapore" (well that might be a stretch but it's quite a local big-time IT service player) had since derated after a short seller highlighted accounting irregularities with the firm. The share price had never recovered from the scandal which happened in 2015. While some short sellers had eventually be proven wrong, there is really no way for us to know, unless people from inside the firm share the truth. So rather than trying to determine the truth, the easy way is to really just look for another interesting name. There are 700 listed companies in Singapore and 70,000 globally, we don't have to look at Silverlake. Although they did manage to announce a few big deals with Malaysian banks recently, implying things might be turning. Being a Malaysian firm though, there is always that slightly higher risk of really doing some hanky panky stuff. 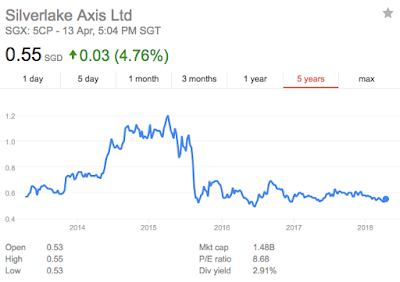 
The interesting names that really stood out in this list would be Transdigm and Imperial Brands. Transdigm is an aircraft component manufacturer that had demostrated its ability to compound value over many years. Its FCF has grown from a mere USD 250m in 2011 to reach almost USD 1bn today. The industry also has very wide moats as aircraft manufacturers have very stringent procedures for its suppliers and require the same suppliers for spare parts and maintenance. This is such a lucrative industry that Warren Buffett bought out the other player called ITW. This name really deserve more research, but for now let's talk about a more familiar name.

Imperial Brands had appeared before and we see tobacco in a big way this year. Imperial is the 4th largest tobacco company in the world. The backlash on tobacco continues given that their existence caused the death of billions of people since the beginning of civilization. With global investors' focus now all on tech, internet, gaming and meaningful experiences. Tobacco stocks had derated over the last 12 to 18 months and three out of the four large tobacco firms appeared in this year's list, the other two being Philip Morris and British American Tobacco. Imperial Brands now trades at close to 10% FCF yield and pays out 7% as dividends.

As mentioned before, a sustainable 10% FCF yield in stock markets is like almost guaranteed to make money because you don't actually need to firm to grow. It's like having this cash machine that gives you 10% every year until forever. The key thing to look out for is sustainability. In tobacco's case, it is likely to be sustainable because old smokers will just keep smoking and new smokers would be switching to the next generation tobacco products that are less harmful to health but as addictive and more expensive. The ethical question remains, but if perpetual 10% return is what you are looking for, then Imperial Brands is your stock. 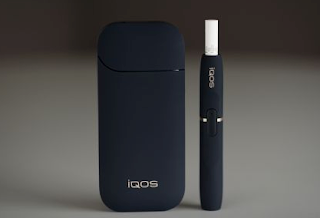