This is a continuation of a series on posts on Activision Blizzard.

In the last two posts, we established the investment thesis and laid out the positives for this stock. Today, we shall delve on the most important topic - the risks. Every investment has risks and it is important to lay out all the risk scenarios. I did not lay out the worst case scenario for Hyflux in 2011 and lost 80% of my capital. So, no matter how positive we are on a potential idea, learning the risks and debating these with other like minded friends would be paramount. Below's the key risks for ATVI.

Some of Activision's franchises are old, stale and overmilked. The two particularly at risk are Call of Duty and Candy Crush and together they contribute to c.20% of ATVI's annual revenue. If they do badly, we could expect a similar 20% hit to profits. This would be quite a bit of damage. Let's talk about Call of Duty. 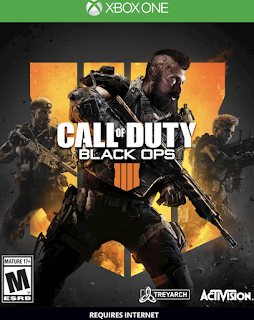 The other peripheral risk is that Call of Duty is a console game. Together with other games, ATVI has concentration risk with 60% exposure to Sony Playstation and 30% to Xbox (and 10% Nintendo and others). If game console goes out of favour it would further exacerbate the decline of Call of Duty.

Then, we have Candy Crush. This game came out in 2012 and took the world by storm much like Angry Birds and Plant vs Zombies. It's very simple and everyone can play. It also deployed tactics (discussed in the first post) to get people hooked. People also see through the tricks, it's not so much skill but the algorithm behind that determined whether you can clear the level. After seven years, there is only so many candies you want to match. The franchise is really getting tired and ATVI and King (the original company behind Candy Crush) had not been able to do come up with another game.

As such, ATVI needs to quickly grow other revenue (esports, advertisements, new games) to offset the decline in these two games. It's probably in the works. The management team knows these problem and it is not as if they were in denial. The risk is that these games decline much faster than expected. So, the mitigating factor here is good execution from the team.

This brings us to the next risk. 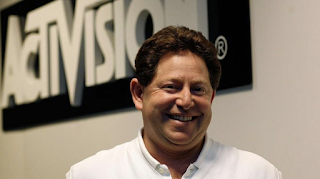 
Bobby Kotick is the CEO of Activision Blizzard, a position he held since 1991 after he bought 25% stake in the company (then Activision). He is an amazing entrepreneur, having the clear vision that gaming is big business back when gaming was just a geek niche. He engineered the merger between Activision and Blizzard. He was also big in giving back to society. With the success of Call of Duty, he created the Call of Duty Endowment to help war veterans. Then in 2016, he saw the potential of esports and jumped right into it, two feet deep by launching Overwatch League.

Over the last 28 years, he grew ATVI's revenue from USD 28m to USD 7.5bn (with mergers of course) with the best franchises in gaming. If Bob Kotick decided to retire tomorrow, ATVI share price would suffer a huge drop. Having said that, he does have a team in place with both the CFO and the COO having been in the company for close to ten years.

Sadly, he is also often villianized by gamers for his many comments on how he could exploit games and get gamers to pay more. But that is what it's all about. Just like how we pay up for Disney soft toys and Avengers exhibition tickets. There is a tail risk if these gouging go to extremes like some pharmaceutical drugs, but we are not there yet. In short, this is a risk to watch out for but it's not a high probability event. 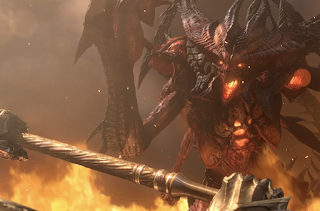 What is the worst that can happen?


Lastly, we need to discuss the worst case scenario - what can go wrong? Laying out a realistic worst case scenario requires experience and logic. It's not easy. The absolute worst case is bankruptcy, like Hyflux but that's not likely to happen with ATVI. This firm generated USD 2-2.5bn of free cashflow. It had so much cash pouring in it decided to spend USD 1.5bn buying back its own shares last year. It also increased its dividends by 9%.

ATVI also has no debt. It has USD 4.6bn of cash on its balance sheet at the end of 2018 but only USD 2.6bn in long term debt. But it does have USD 9.8bn of goodwill as a result of its past acquisitions. Goodwill arises when acquirers pay more than accountable for tangible assets. These are usually intangibles like brand, franchises, trademarks and synergies. In some cases, it's just bad acquisitions whereby the acquirers overpaid. But in ATVI's case, given how successful it had become, the goodwill is likely to be real and not get impaired.

Putting things together, given its strong balance sheet, high free cashflow generation capability, the worst case scenario is not going to be bankruptcy. It would be business deterioration as discussed. We might expect ATVI to lose 20% of its profits as some of its franchises faltered. This would bring bring FCF to say USD 1.8bn (0.8 * USD 2.2bn). Over the past 10 years, ATVI's FCF yield ranged from 4% to 10% so assuming that the market then gives it 7% FCF yield (mid range) on this FCF USD 1.8bn, we would get to a market cap USD 25bn and adding back its cash, the worst case market cap could be USD 27bn. This would mean that ATVI's share price is c.USD 35.

As of last week, ATVI traded at USD 42, so that means that in the worst case, we could see another 17% downside for ATVI and if it ever falls close to USD 35, the risk reward would be really favourable. ATVI was trading above USD 80 just two years ago. So we are talking about 17% downside vs more than 100% upside.