CPF had been made into a big political issue in Singapore and confused a great many things for many people. It was first brought up by a certain Roy Ngerng many years back. Then it was brought up in the Noose, starring our beloved Leticia, I mean Michelle Chong! When I think about the whole issue now, over so many years, it really just blurred the whole picture for many. This has been the issue with misinformation. It sometimes takes years to understand the truth. By and large, I think Mr Loo Cheng Chuan who started the 1M65 movement got it right.
https://blog.seedly.sg/1m65-1-million-by-65-cpf/
If you are young enough to execute Mr Loo's plan pls go ahead. You need to be below 30 years of age. If not, fear not. This post serves to lay down a few action plans that would still help our CPF finances in the future. 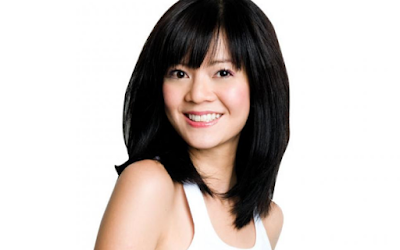 Michelle Chong before the Noose

Yeah, she was actually on FHM when she was much younger. But never mind that.

The myth surrounding CPF was that the money put in would never come back to us. There is the minimum sum which is like in six digits, then there is CPF Life which allows you to only take out a few hundred dollars a month, hence the conclusion was that perhaps CPF is just this money sucking machine that usurps 20% of our salaries into government coffers and we would never see them again. As a result, a lot of Singaporeans became very unhappy and would think twice about topping of CPFs.

Okay, but here's what I think we should really do:


WTF? Really? Some readers might be wondering. The following would be detailed explanations for each point and it would take two posts to fully explain.


This is a scheme that had been put in place for some time, for reasons unclear to me now. Sadly I had not been able to "exploit" this for many years because I too had the notion that money in CPF means gone, so better think twice. Now that I think about it, that was quite stupid. The return on this $7,000 is simply so good that it would make Warren Buffett himself drool and yet a lot of investors in Singapore, I believe, would have failed to exploit this for years.

The scheme goes like this: top up $7,000 into Special Account (SA) and enjoy tax break on this $7k. On top of that, this $7k stands to earn 4% interest per year compounded! Now for those who are not paying taxes, this might not make too much sense. That's actually like the majority of Singaporeans though, with our Gini coefficient, a measure of income inequality, ranked higher than US and most EU countries. But for the readers here, I would assume the majority would be income earners and hence paying taxes. So, if your income tax is 10%. You stand to make 10% on this $7k and then 4%pa until 55. Needless to say, if your tax income bracket is at the highest 22%, then you can't wait to put in even more. This is good money right? And what's more, it's guaranteed return. No risk.

Well, there is one risk. The PAP government changes the rules again or collapse all together (then it won't be just CPF we are worried about). Albeit, these can happen. Tomorrow, the Government can say, sorry no more 4%. Only 2%. Or sorry all monies in CPF goes into CPF Life, and you get a few hundred dollars per month until you bye-bye. Yes, these are real risks. But it is also a low probability event. Thanks again, to the political shit stirring some years ago, if the government changes the rules like that, then it would be voted out in the next election, so they would think twice if they want to do something drastically negative. In fact, the 4% on the Special Account had been there for 20 years now despite global interest rates falling to zero and now negative. It is rumoured it might have to change to a floating rate, rather than fixed, but still, it shouldn't be too bad. 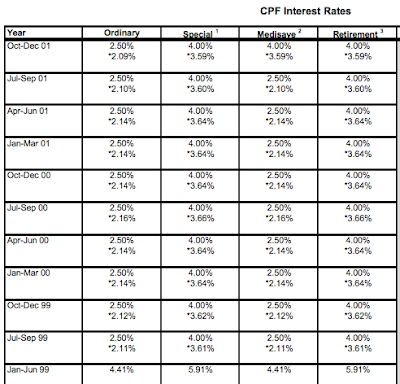 In fact, the story was that in the past, there was no limit as to how much you can put into the Special Account, so some smart aleck put in millions and earned 4% on that! Say, he put in $2m, after cashing out from his condo en-bloc windfall, that's $80k per year, from the government! So, there's a cap now, and it is actually stipulated at *drumrolls* the minimum sum, or what is now renamed as the retirement sum which is $186,000 today. And no prizes on why we can only top up $7,000 per year.

So, is it really as big a risk? And to us or to the Gahmen?

The other big mitigating factor is our age. Based on the age poll some years back, it seemed that most readers here would be in their late 20s, or early 30s. Some, would be in their 40s or 50s. Now if you are in your 50s, this is a no brainer, just top up whatever needs to be top up since you would be getting back in a few years. It's not too different than locking some money into a two or three year fixed deposit. Except, this gives 4%! Whereas fixed deposit is more like 0.5%. Just go dump those cash into CPF! For some of us in our 40s, in a decade plus, we will also get this money back. Yes we can deploy in stocks which could earn more than 4%, but we might also incur losses. So, it really make sense to put 7k into this.

CPF is supposedly guaranteed. This means 4%pa until 55 years old. With the magic of compound interest, the money doubles about every 15 years. So, if you are 40 this year, the 7k put in would be almost 14k when you hit 55. In fact, if you start putting in 7k at the age of 35, you will hit the minimum sum which means whatever excess money can be drawn out when you hit 55. The minimum sum though will stay in CPF to be put into CPF Life. This is the rule of the game now. So, the political shit storm is stirring up that this rule is unfair. Change it. Well, we cannot bet on that right? Even if we vote out PAP, there is no guarantee that WP will change it. So rather than waiting for something unlikely to happen, it's much better to play the game by the current rules well. Trying to change the rule is like arguing against offside with the referee in soccer parlance.

The other trivial point is that it's 7k. Not 100k. 7k can't even buy a car bonnet these days. Putting in 7k for a good 10+% return in the first year and 4% perpetually is good investing (although it's more like 6% IRR from age 40 to 55 though). Hence, the first actionable item is to top up $7k every year. This should be one of the new year resolution!

PS: A short explanatory note on CPF Life. CPF Life is scheme to make sure that everyone will have enough to draw out because some Singaporeans, unfortunately, actually don't have enough in their CPF. Hence CPF Life is structured as an annuity that will pay out a fixed amount (a few hundred dollars per month) until death. The amount that we have contributed will definitely come back to us or our nominees, just not in one lump sum but over our remaining lifetimes. The interest earned does not belong us and this goes into the pool to benefit others. If we outlive our contribution, we benefit and takes from the pool. If we do not, the remainder will go to our kids, or our nominees. CPF Life is a very sustainable scheme.