May the Force be with Omaha!

It's the Omaha weekend again and this year is special as it also started on May Fourth which is also knowns as the Star Wars Day. In Singapore, someone then decided to organize a Star Wars Run charging people S$80-85 to either join the light or the dark side of the race! The annual Berkshire run, for those investors who are spending this weekend in Omaha, cost roughly S$60 and all are encouraged to invest in ourselves i.e. our bodies, which would be the best investment ever. 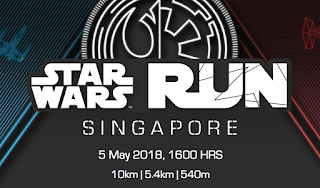 
Well, unfortunately, one run would never amount to any tangible investment that would change our bodies, or our lives. As with everything about value investing, it's about time and consistency, which leads to habit formation, the most important agent of lasting change. The Berkshire Hathaway AGM (annual general meeting) embodies these concepts and this is perhaps one of the reasons why it's so appealing to so many. This year marks the 53rd AGM and a crowd of 40,000 would have descended upon Omaha from all over the world. Many travelled long distances just to listen to the Yoda equivalent of the investing universe utter a few words of wisdom, with the hope that the experience would help internalize some of this wisdom.


Alas, all sentient beings have a lifespan and Yoda eventually become one with the Force (and became capable of influencing the weather). Warren Buffett, mindful of his own time, used this year's AGM to pass the baton to two of his lieutenants: Greg Abel and Ajit Jain. At the same time, he emphasized that Berkshire Hathaway is a corporation and hence immortal and Berkshire Hathaway's culture had been well established and the firm would continue to thrive without him and his trusted #2 Charlie Munger. So, keep calm everyone! 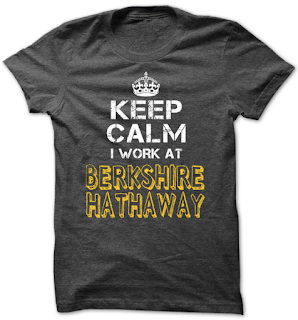 
It could be said that Warren Buffett's success also boils down to time and consistency, which is essentially habits. The time to form a habit is surprisingly short - just 21 days, according to various research. But to consistently do it for decades would take effort, determination, grit. Warren Buffett pretty much did the same things for 53 years and hence got to where he is today. His essential habits were reading and thinking hard. These are exactly the habits that true value investors must acquire early on in life. Buffett probably spent six to eight hours reading everything from newspapers to annual reports, every day for half a century.


Thinking is a slightly different exercise. While there are times we should sit down and think alone, most thinking require discussing with like-minded friends, writing down our thoughts and ironically more reading to better understand the issue at hand. It is also important to be calm while thinking and hence many astute investors practice meditation or engage in other activities to calm down our monkey minds.

It is not clear how Buffett calm his mind from what we know about his lifestyle. Perhaps it's bridge that he plays every night, or simply his meals which is always the same (hamburgers or steaks) and hence maybe when he eats he is really just eating with his mind spacing out. Nevertheless, it's important for serious investors to really find an activity that can help preserve or enhance the clarity of our minds.

So, we are back to running. Running is an activity at its core, very similar to meditation. The mind is focused on breathing and bringing the body forward. There is nothing else. This has a similar effect of calming the mind as meditation does. Maybe that's why we have a Berkshire 5km run and Star Wars runs. Keep calm and keep running!

May the Force be with you always!

Email ThisBlogThis!Share to TwitterShare to FacebookShare to Pinterest
Labels: Buffett