Our beloved oil rig manufacturers had suffered a catastrophic decline in the last 18 to 24 months. Keppel fell from $10 to $4.8, a 52% drop and Sembcorp Marine collapsed from $4.5 to $1.5. a 66% free fall. Sembmarine's parent Sembcorp Industries didn't do that well either, falling from $5 to $2.2, again a more than 50% decline from its peak. All three stocks now trade below book, with single digit PE, with no recovery in sight. Apologies to anyone who had took advice from previous posts and bought these stocks.

Investing is as such. 40% of the time we get things wrong. With discipline and experience hopefully our wrongs are just 20-30% drops while our rights are home runs at 2-3x, which makes the overall portfolio return decent. Once in a while we would get these disasters. Then it's vital that we learn our lessons, take down good points and become better investors with them. This is the objective here today.

The original thesis with Keppel and Sembmarine was quite simple: it was a bet on energy, they were top global players in their field and they had exposure to growth in Brazil, US, North Sea, Middle East, which were growing very well not too long ago. Let's elaborate on these points:

1. Energy was the place to bet a few years ago. We have all been taught that we would run out of oil in time. I remember the limit was 20 years when I was a student 20 years ago. My teachers told me that the world would run out of oil in 20 years. Again that prediction did not come true. But it would also be true that we wouldn't have more oil right? Well we now have LNG and shale gas but still, it's not sustainable to just keep digging from our planet. Considering the growth of global economy, it's probably not incorrect to think that we cannot continue to rely on Mother Earth for fossil fuel forever. So the energy bet should be a long term positive return bet, we will run out of oil, oil price will skyrocket, Keppel and Sembmarine benefits from that. In theory. 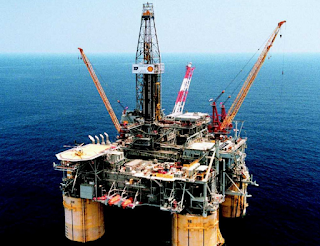 2. Global #1 and #2: These two firms are the top manufacturers globally with combined 60% market share in oil rigs and they also have the technological advantage to do more. Both firms also started building other equipment like drillships and floating platforms. They also had very good global brand names and won large orders from Brazil, which unfortunately became the major cause of their downfalls. With dominant global share also meant that they had economies of scale, they could procure raw materials cheaper and could built the final products at lower costs vs their competitors. One very important factor that was not talked about was also the designs of the rigs. There are only 3-5 designs globally and both firms went to acquire these design firms years ago to make sure that the important ones would be kept in-house. This meant that future competitors i.e. the Koreans and Chinese would not be able to lay hands on these superior designs. They had to buy from the the remaining 1-2 independent designers out there which meant higher costs both for the design payments and the construction of inferior rigs. So we are betting with the winners, what could go wrong?

3. Betting into Brazil, US, North Sea and Middle East. It's always good to diversify our bets and it came as a good idea to be able to buy Singapore firms that had exposure in some of the fastest large growing economies. Again, that looked pretty good just a few years ago. Now the collapse in oil as well as other issues caused a lot of these economies to face serious growth impediments. It's consensus now not to invest in these markets at least for the next few years.

So it was really a perfect storm. A metaphorical oil rig blow up like the one BP had in the Gulf of Mexico. Well, so much so for the past, what are the lessons learnt and what could we do better?

The biggest overlook here would be the crude oil price cycle and oil related heavy equipment investment cycle. While it's true that the world is short of energy and would likely be even more short going forward, it's also true that such cycles come and go and across decades. The following chart shows the prices of crude oil going back to the 19th century. We can see that crude cycles last for decades. Of relevance in recent times, one would need to look at the oil shocks in the 1970s and the long lull in the 1990s.

So analyzing Keppel and Sembmarine's ten or even twenty years of financial statements wouldn't be enough. We would need to see what happened in the 1990s and better to go back to the 1970s during the oil shocks. Obviously, that's a lot of work given that most readers here might not had been born in the 1970s. So while looking at the free cashflow (FCF) for Sembmarine from the late 1990s we see that the firm could do SGD 100-200m per year, this was not enough information. Looking back long enough, we would know that oil capex cycle could be as long as 15 to 20 years. There could be a period of time of maybe five years or more when these firms had mediocre or no FCF. Armed with this info, it looks like Sembmarine could be stuck in this state for the next few years. So that's the first lesson, not going back into history for long enough.

The other lesson learnt would be the most important lesson in value investing: it's not having enough margin of safety or MOS. When it was first proposed here that these are interesting stocks to look at, Keppel was around $8 and Sembmarine was around $3. They had fallen 20-30% from their peaks, FCF was strong based on the last few years, dividend was decent as well. Back then, the thinking was that, for these bellwethers in the Singapore stock market, getting a 3-4% dividend at mid teens PE were probably good deals. This was very gullible thinking with very little margin of safety.

Value investing doctrine taught that margin of safety should be at least 30%. Clearly with only 20% discount from all time highs didn't cut it. It didn't help that these were not staples or software, ie businesses with very low capex needs and high ROIC. These businesses were cyclical with different dynamics. Greed and exuberance in good times were culprits too. 15x PE looked cheap in bull markets, not across cycles. Well, markets are fair and whatever lessons that weren't learnt well enough would be taught again. So with oil prices crashing to $30 and these stocks falling over 50%. This margin of safety lesson come right back to haunt. So it's worth stating here in bold again: the three most important words in value investing is margin of safety.


Investing is as such, the future is unpredictable. Who would have predicted just a few months ago that oil would crash below $30? But having said all that, there are a few saving graces. Oil could easily rebound to $60 with some catalysts: be it Saudis cutting back production or some supply shock somewhere. Punters would drive these fallen angels back up a good 20-30% if oil rallies 100% (from $30 to $60). So that's a short term plus albeit a big "if" for oil to rally back to $60.

Also, other parts of the long term thesis remain intact. They are still the strongest players out there and they will emerge stronger in the next cycle even though it's far away. The Koreans and Chinese would fall further behind given the lack of scale and access to the all important rig designs. There could be value emerging now amidst all the doom and gloom. What's more, the firms themselves are not sitting still. There is now talk that Keppel will be reorganizing the whole group including divesting other parts of its business to unlock value within the group and also to raise efficiency. This would create both cashflow and increase its market value.

For Sembmarine, it is rumoured that its parent Sembcorp Industries might buy it back and restructure it to become a stronger player. So it could be a buy for both entities. It's a buy for Sembmarine as the parent would likely pay a 30% premium to take it private but it's also a buy for Sembcorp Industries because they would be able to acquire a good business cheap and ultimately extract some value by creating cost and sales synergies. All three firms are now trading at 8-9% FCF yield on normalized FCF, below book and near their GFC lows. As the saying goes, it's the darkest before dawn. Hope that the light shines on our oil rig builders soon.


Last words: Lessons learnt help us become better investors over time. Hopefully this serves to remind us always to look back into history for as long as it takes, have enough margin of safety and think more holistically about cycles and capex businesses.