Swatch’s Everything (including Serina Wee)

The first Swatch post started in Sep 2012. After 15 months and 8 posts, I am still not done! It’s a marathon competition against the City Harvest trial to see who can last longer. But City Harvest would win the popular vote I guess, with Serina Wee, Singapore's prettiest accused criminal. All Singapore straight guys are just jumping around and can’t wait to see her strut down Supreme Court again in January. But, this blogger would not go down without a fight to win the popularity contest.

Here’s a pic of Serina Wee.

Anyways, 15 months! That’s too long a time to do a trial, sorry I meant an analysis. So, this is the post that shall end it all. It must be stressed that a good analysis need not take 15 months. Warren Buffett does his in two days. For the rest of us mere mortals, I would say we might be able to do it in a week or two if we put our minds to it? Anyways, sometimes you don’t really need to know 100% or even 90% of the company. Just know the few key drivers.

For Swatch it would be their retail expansion/distribution strategy, the reform of Harry Winston and in the longer run, succession planning. I have discussed these in the previous Swatch posts and Harry Winston would be discussed below.

Do take a look at my work on 3M and Colgate as well to get a feel.

Today we shall cover the rest of the stuff with Swatch. The key remaining components are: Industry and Geography Exposure, Harry Winston (a new topic), Risk and Mitigators and the final questions.

First stop: Industry and Geography. These are no.s that an investor would like to look at. For Swatch I have decorated them into the nice pie charts below. Take that! Serina!

On the left chart, you can see that China and Asia are the key sources of earnings for Swatch. It is worth pointing out that a big part of the sales in Europe is also driven by Chinese and Asian tourists. On the right chart, needless to say, watches and jewellery would be the main contribution. But what is more useful could be the further splits into watches vs jewellery and the split between manufacturing vs retail.

Another important split is by its brands. It should be highlighted that Omega is by far the most important brand for Swatch generating 35% of sales and 40% of EBIT. EBIT is short form for Earnings Before Interest and Tax, also known as Operating Profit. It is the most important line in the P&L statement.

Some of these no.s would not be easy to come by. It would take a lot of reading (of annual reports and analyst reports) to figure them out. Sometimes it’s best to be able to ask someone, like an analyst or the investor relations of the company. But that is not usually an option for retail investors. So for really serious investors, we might want to think about setting up a company if only to gain access to more information.

Swatch bought over Harry Winston in 2013 with USD 1bn to further its reach. As luxury watches are a very men thing, Swatch is deemed as not capturing the women’s market. With Harry Winston, a niche jewellery brand, Swatch can further increase its expertise both in retail and in nurturing the women’s segment and can also perhaps carve out some synergies with its existing businesses in the future. Harry Winston made sales of US 400m or so with 5% operating margin before its integration with Swatch. Compared to Swatch’s own margin at 20%, there is some room for Harry Winston to improve. Nayla Hayek, the Chairwoman for Swatch will become the CEO of Harry Winston. Hopefully she can put some of her magic to transform and synergize Harry Winston.

Every investment has its risk and we need to be able to identify the 1 or 2 key risk factors and hope to be able to mitigate them. For Swatch, the biggest risk is the anti-corruption clamp down in China. This risk turned out to be a far greater threat than was previously thought as 2013 panned out. It impacted everything from flowers to hard liquor to even mooncakes! And right in the middle of it was luxury spending on watches. You see in order to do business in China, a lot of time and effort is spent taking officials and important counterparties to places, buying gifts and stuff for them. When Xi Jin Ping took over, he wanted to clean up this corruption issue in a big way. So a lot of these gifting was stopped, elaborated parties were cut down. Fresh flowers were not needed at banquets anymore. Mooncakes as gifts for officials were banned too. Swiss luxury watches bore the brunt of the blow. In the past, gifting someone a Swiss watch was one of the best ways to open doors. But now that it was banned, sales plummeted. 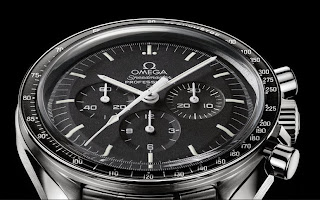 The Omega Speedmaster, also known as the Moon Watch.
It was first worn on the moon by Buzz Aldrin on the Apollo 11 mission.

Well, actually, this risk is now almost behind us. What was the mitigating factor? It's the rising middle income class. Swiss watches are part of the aspiration package as the number of middle income families increases globally. The family needs a nice car, which over time gets upgraded to a luxury German one. The mother starts buying high end fashion and jewellery. The father buys a luxury watch and in time buys more for his kids or passes down the old ones and buy new ones. It is a rite of passage for many modern countries, including Singapore. Well for some, it goes further, like launching a music career for the wife while siphoning money from a church, in the meantime engaging a beautiful accountant to do the dirty work. (yes yes piccoming... at the end of the post.)

So, since we will see the rise of the middle income not just in China but globally in the next few decades, the story for Swatch should remain intact after the Chinese government harvested all the bad seeds from this anti-corruption saga. (No City Harvest pun intended :)

The final questions refer to the last few that was listed on the Stocks Page ie "Is there a Second Level Thinking angle here?" or "Can I sleep well at night?" These are part of a sanity check that investors should always bear in mind. Usually there won't be easy answers. Esp for Second Level Thinking. Swatch is a luxury brand and will continue to be one. The angle could well be what's been described above: instead of worrying about anti-corruption, we should be seeing the rise of the middle income class.

As promised, we have come to the end of our analysis of Swatch, so here's her "melancholy look" pic snapped from Google. Stop drooling please. 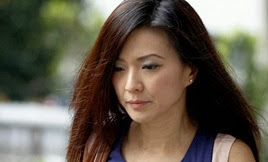 Do also take a look at my first post on Swatch.