After one of the most high profile saga, which is still ongoing - our favourite Tiger Beer / Ice Mountain love triangle and breakup, we have yet another major story hitting the Singapore stock market. Isn't 2012 exciting? Only this time, it's not a love story, and is looking more like a tragedy!

Now this is where it gets interesting. Muddy Waters issued a strongly worded letter to Sunny and Olam's Board of Director mocking them for not doing the right things.

Here's an excerpt:
Olam’s disproportionate reaction is extraordinary in our experience. Should Olam come to collapse (as we believe it will), its use of much-needed cash to buy back shares at this time should give rise to questions about whether fiduciary responsibilities have been breached.

This disproportionate reaction was with reference to Olam's trading halt and conference calls after Muddy Waters' criticism. Yes, Olam said they would buy back shares when they do not even generate cash and has SGD 8bn in debt, an amount more than twice its shareholders' equity, which a significant portion itself was raised from the equity markets. You see, Olam's business never actually generated much cash since it got listed. It kept asking for more money to keep going. No wonder Muddy took note and he was not the first. Some CLSA analyst raised alarm bells 2 years ago.

Here's another interesting part:
You and your investors should note that attempting to silence critics is not a plan of corrective action. In no way does it make Olam stronger... Companies that attack criticism the way Olam does fail to understand that raising money from the public is a privilege. Because Olam has received significant investment from the government of Singapore (this blogger's note - OUCH!), Olam’s mismanagement of the public trust is that much less forgivable.

This really reminds me of David Einhorn's seven year battle with Allied Capital, a complex finance company that operated a sham business but was only brought to the brink of bankruptcy by the sub-prime crisis. Einhorn shorted the stock for seven years to prove he was right amidst threat of lawsuits, getting his phone tapped and constant ridicule by Allied's management.  In an almost identical plot development, Olam is now suing Muddy Waters for defamation.

To understand shams, we look at past shams such as Enron, Autonomy, Olympus etc. Below are three things that keep popping up in shams:

1. It's VERY complex. To make money, the business model must be complicated.
2. The accounting is creative. Not illegal per se but controversial.
3. There are a lot of big transactions. M&As, affiliated buys and sells, asset injections, you name it.

Unfortunately, Olam hits all 3 counts. It's complicated. Olam claims that it operates in over 60 countries handling 20 commodities including cashew nuts, cocoa and coffee, just to name a few. It also claims that its business model enables it to extract value from selective integration and from its capable midstream supply chain management to bring commodities from seed to shelf.

Hmm, so it's an integration, but we have to be selective, must differentiate (dy/dx) to integrate ( ∫ ) - math lovers note the pun. And midstream supply chain know-how to bring seeds to shelf, so... how... I mean what does it mean? Integrated but midstream supply chain? But can do from seeds to shelf? Sounds like a mid-river mudfish that can jump better than carps and swim faster than sharks. I guess oxymoronic business models do perhaps add value if you incorporate them into Shakespeare's tragedies. Parting is such sweet sorrow, let me selectively love you wholeheartedly, my dear Juliet.

It's complicated. So was Enron. That was a real grand complication, like those in Patek Philippe watches. Enron was buying and selling energy via a myriad of transactions, sometimes to itself and making money out of it. People who don't understand are stupid, simply couldn't get it and do not deserve to ask questions.

Enron was also "good" with its accounting. In fact it was the best. It was booking upfront revenue for contractual agreements of energy purchase that are supposed to come over 20 years. Btw this was an accepted accounting practice back then. Its auditor, Arthur Andersen approved it! Of course, Arthur Andersen died, holding hands with Enron till the end.

Now, Olam has "biological gains" which refer to profits coming from valuation gains of its assets such as livestocks and plantations as they grow up and start to produce milk, oil, whatever, which the owner can then sell, some years down the road. So our beloved Government (not forgetting the Capital G) was forthright sincere in their plea to encourage emotionless Singaporeans to make more babies. It's for biological gains and for our own good. That explains their big investment in Olam as well. 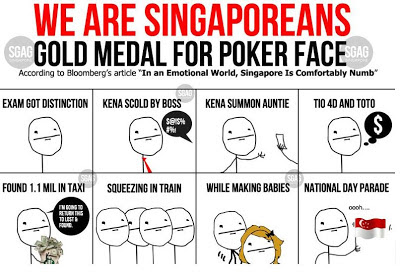 To clarify, biologic gains is an accepted accounting practice. Olam did not break any rules. Other companies use that too, like Wilmar, another commodities play listed on SGX (Singapore Stock Exchange), where a bunch of sham Chinese co.s also got listed.

So that's the innovative accounting part.

On transactions, we must first understand that to grow big you need to do deals. Reputable companies such as IBM and P&G grow to become global leaders by buying complementary businesses, growth companies and even competitors. Scale is everything. Olam is pursuing a golden strategy. Muddy waters, pls go do some filtration!

In the past few years, Olam bought 20 companies or more with USD 1+bn, the largest two being Timbercorp, an almond producer, for USD 200+m and Gilroy Foods, a vegetable producer, for USD 250m. It is also building a huge fertilizer plant for close to a billon dollars in Africa. Bear in mind that this was a mid size company with only a few hundred million in equity at that time. Why such bold moves?

As the saying goes, no venture no gain and so the Board and CEO Sunny thinks Olam (and himself) can "show hand" and pull this off. And their investors will fully back them. I guess prudent risk-taking is not in Olam's dictionary of oxymorons.

No disrespect to Mr Sunny, but it is really hard to bet that this firm of 18,000 staff have enough talent and expertise to execute 20 M&As and multiple mega projects flawlessly. IBM, a firm with 400,000 staff makes somewhat the same no. of acquisitions and projects (somewhat over the same time frame) and is trying real hard to squeeze out synergies.

Well, we have yet to see Olam touting the synergies gained. But I must say that its small SGD 100+m of goodwill for all these buying might be evidence that Olam did not overpay all that much, though there were accusations of too many bookings of negative goodwill.

But with mega and multiple deals, eyebrows are always raised. Frauds usually have to have the deal/transaction element. The Japanese medical device and camera company Olympus comes to mind. Olympus had been cooking its books for years and kept doing shady deals to hide losses. The last deal, its USD 2bn acquisition of Gyrus, another medical device company, which was supposed to pull it all off and cover all tracks, was so big that it finally blew in the fraudsters' faces. But they just might pulled it off if not for Michael Woodford, the British CEO turned whistle-blower.

In this light, Olam's big deals do cast doubts. Does it really cost a billion to build a fertilizer plant in Africa? Why another $600m of buying up biscuit makers and sugar mills after buying 20 companies. Shouldn't we pause for digestion? Even Jabba the Hutt sleeps a day or two without eating right?

Having said all that, we must be cognizant that Muddy Waters had its misses. It got one big hit with Sino-Forest but that's about it. There was Focus Media, the elevator TV maker, that it got wrong. Focus Media was no sham and is now privatized bcos the money's too good to share with other shareholders. Not to mention New Oriental Education, the Chinese test prep course trainer. The stock plunged 60% after Muddy says short and is now almost back to where it was. There is no shorting for seven years to make a point and tell the truth like Einhorn. Maybe for Muddy, the whole point was only to market the sell recommendation as loud as possible and make some cheap money. Then that's not so honourable.

So the verdict is not out. Olam may not be Olamak. Though I have to say Olam probably won't make it to my list of recommended stocks or most value investors' lists, for that matter. Huge debt, perennial negative free cashflow, multiple equity financing and an un-understandable business model. Sorry, not my cup of tea. It may or may not be a sham, we won't know until we know, but it is definitely not a value stock.

Email ThisBlogThis!Share to TwitterShare to FacebookShare to Pinterest
Labels: Olam