This is a continuation of the previous post on Activision Blizzard with ticker code ATVI.

In the last post we established ATVI's investment thesis. It is one of the best gaming companies in the world with eight strong franchises. It has a huge loyal user base across these various games and it is starting its own esports global league with Overwatch. In this post, we shall explore deeply into some of these positives as well as the risks involved (in the next post).

ATVI is one of the rare companies in the gaming world that has continued to create new gaming franchises after franchises. I first got to know ATVI when it launched Diablo which much fanfare in 1996 - 23 years ago. Back then, it was just Blizzard. Activision hadn't bought Blizzard yet. But they really marketed it quite well and we saw on TV how people queued up to buy Diablo cartridges. In Singapore, we couldn't wait to get our hands on it and played it together with friends.

Those were the days where not everyone had a gaming console or a PC, so we would gathered at some friends' place to play Diablo together. Geez, how many would remember those good old days? Then Blizzard launched Warcraft and Activision launched Call of Duty. These games were huge hits, selling millions of copies in the first few days. Then came Starcraft, then Skylanders for the kids. Every few years, it would launch sequels of the old hits and create hypes all over again. It was a formula for success. Years later, Hollywood caught on. 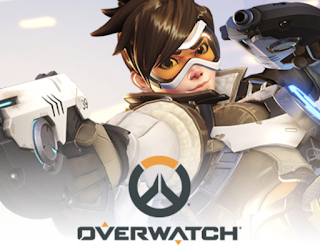 
Just when the whole gaming industry lacked innovation, ATVI launched Overwatch and revived and expanded a whole new genre. Before Overwatch, gaming genres were pretty much fixed and dead. At the beginning, the old arcade genres had whole games on just one static screen (think Pacman or Space Invaders). In 1985, Nintendo introduced the Super Mario Bros conveyor-type games into living rooms with its home consoles. There was also racing, music/rhythm and sports. Then Street Fighter brought us player vs player. In 1992, Wolfenstein 3D came in as the first first person shooter game genre. This became a really big hit. Around the same time, the Japanese came up with role playing, which was slow but people somehow liked it. There were also strategy games, multiplayer online and others but things were turning stale.

In 2016, Overwatch picked up the online multiplayer first person shooter game and brought it to a whole new level. The game had specific heroes with specific strengths and weaknesses and teams with the right heroes had to train together in order to win. Strictly speaking, Counterstrike created this genre around 1999 but Overwatch made it really big by incorporate the new elements - dyamic gameplay, heroes, character backstory, variety in maps and stunning graphics. It made ATVI more than a billion dollars on its first year of release. Today, 40 million players play Overwatch and seizing the day, ATVI quickly launched Overwatch League in 2017, creating the first 12 competing teams. Overwatch became the the English Premium League / NBA of gaming.

To further enhance its moat in esports, ATVI bought Major League gaming for USD 46m to learn the know-how of managing esports. Overwatch would not be its only esports title. Starcraft had long had esports potential and we would expect more to come. In time, ATVI would be able to create its own World Cup / Olympics for gaming. Think of the revenue potential! As a quick gauge, FIFA made USD 6bn from the last World Cup according to New York Times!


Starting with Overwatch, ATVI had more than 300m monthly active users across all its platforms. Specifically 32m from Blizzard, 56m from Activision and a whopping 262m from King (although 97% of these users don't pay anything, they play Candy Crush for free). ATVI believes it can generate a lot more revenue from these 300m users.

Advertising is the obvious starting point. For Candy Crush users not paying a single cent, ATVI can easily show them 30 second ads as they play. This had become the main model for most casual games. To continue playing, users have to watch ads. It gets a bit frustrating, but hey, there's never free lunches right? ATVI believes that it can generate USD 200m revenue by showing ads to its 300m users. 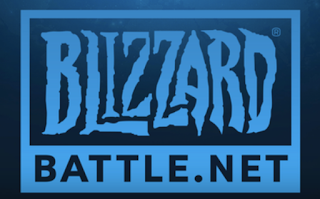 Building on its eco-systems, ATVI had launched, or rather relaunched its own gaming site Battle.net. This site was already live in 1996 when Blizzard launched Diablo. But with its huge portfolio of games and the advent of game streaming. ATVI decided to use this as a platform for its gamers to play straight from the browser. For now, fans can only play Activision Blizzard games, but who knows, it might become an open platform some day.

Ecosystems are powerful weapons in the era of mobile and internet. Amazon built a huge ecosystem in e-commerce becoming the de-facto online store to buy anything. It fortified it with its Prime membership, putting in video and music. It makes one difficult to unplug. Google has the same strategy starting with search, Gmail, Android and its growing plethora of services. Facebook realized it was losing out and launched its own cryptocurrency for payment, backed by real currencies.

ATVI's ecosystem is still in its early days but more will be done. As a sidenote, it is expanding its franchises into movies. Skylander launched a successful series with Netflix and would have a Hollywood movie in a year or two. The Warcraft movie had a surprising hit in China although it flopped in the US. There would be more movies to come and analysts had put down a USD 50m revenue for 2019 and 2020.

Incrementally, these positives can add USD 250m to USD 500m or more if some of the optionalities like esports materialize. At USD 250m, the lower bound, it's only a small drop in its USD 7.5bn annual revenue, but still it's a good start.

In the next post, we would discuss the risks and the conclusion.