Three Investing Adages That Are Not True

Adages are fascinating, they are beautiful and usually true. Take everything in moderation, it's universal. There is no example one can think of when this phrase doesn't work. Or better safe than sorry. It's common sense but unfortunately, also commonly forgotten. It is also the basic tenet of investing - don't lose money, look for a big fat margin of safety. That's how we make money.

But not all adages are true.

I have had problems with the following three, the more I think about them, the more I believe they are not true. Well, to be more specific, I think they are probably not true more than half the time. Yet, there are many who would believe in them. It then reflects their nascent thought processes and maturity in the markets. Would you agree?

1. Those who can do, those who cannot teach.
2. There are lies, damn lies and statistics.
3. Don't catch a falling knife.

Ok let's start with the first one. How many times had we learnt this phrase. But as I come across this phrase time and again, I must say it is only true maybe 10-20% of the time. Teaching is a noble profession. It is as good as any other profession. It takes a certain character and special skills to be a good teacher, a good coach. A good teacher understands how to motivate others but also needs to discipline, inspire, teach and lead. How many of us remember our best teachers? Think about how they have motivated us to be our best. Every great sportsman or sportswoman had a great teacher, a coach.

The world's greatest investor Warren Buffett had Benjamin Graham, his teacher at Columbia Business School. There are also many historically inspiring teachers, Aristotle, Helen Keller, Maria Montessori and in recent times Jack Ma and J.K.Rowlings were also teachers before they became famous in other fields. Warren Buffett said it himself, if he didn't become an investor, he would have been a teacher.

Of course there are teachers who are real CMIs*. But that's likely because they were pigeon-holed into the wrong profession. They simply needed to do a lot more to be a better teacher. It is sad because when a teacher cannot perform, it pulls down a bunch of kids. Unfortunately, most education systems have rigidity that is not able to help these teachers nor the kids.

*CMI = cannot make it, used as a noun 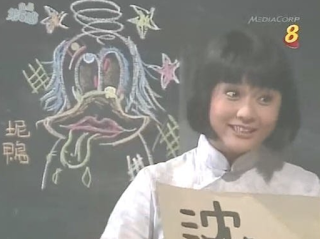 
It takes a lot to be a good teacher. Perhaps more so than an investor. So, it's not true that those who cannot teach. Good teachers can both do and teach. They are also the important human catalysts for creating future leaders and entrepreneurs. For Singapore to continue to progress, we need to make sure we attract the best to be our teachers. We can start by paying them well and stop them leaving schools and becoming tutors.

Interestingly, the second adage was made famous by a teacher - Mark Twain. Although he attributed the quote to the then British Prime Minister Benjamin Disraeli whose exact words were, "there are three kinds of lies: lies, damned lies and statistics."Yes, statistics can be used to lie, but data and statistics is the fundamental foundation of any analysis. To say that statistics are lies reflects the shallow thinking of the sayer. It is as good as saying aeroplanes are bad because they can be used by terrorists to crash into buildings. 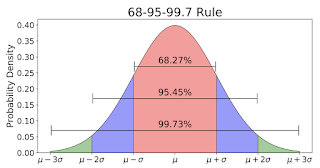 The normal distribution, the biggest subtopic in statistics


Okay and here's the most interesting of them all, "Don't catch a falling knife."

When I was a newbie investor, I totally believed in this. It just sounded so true. When the stock is going down, why would a smart investor want to buy it? Why catch a falling knife? But as I looked back at my investments over the years, this adage began feeling wrong. Even the analogy is wrong. A falling knife would eventually fall to the ground and lay still. But a stock, especially a good stock, would eventually go up. If you had done your work, calculated the intrinsic value of the company, understood the strong economic moat of the company, then you should buy when it's cheap enough. It doesn't matter if the stock is falling or rising.

We want to think we are smart enough to catch the turning point. We buy when the stock had turned up, when the knife is no long falling. Seasoned investors would know that's not possible. This adage plays different tricks to our minds and confuses everything. It assumes we can predict when stock prices had bottomed and would go up, it projects images of suffering huge pain caused by buying falling stocks. The truth is, we can always just buy a toehold position.

We cannot predict stock prices just like we cannot predict the weather. To not catch a falling knife when buying stocks is like never bringing an umbrella outside because we assume we will always only go outside on sunny days. In my mind, this last adage - never catch a falling knife is probably more harmful than helpful to investors. It sounds beautiful, logical and right. But, in reality, it's not. 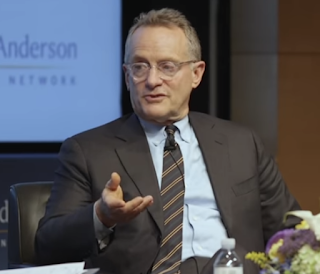 
This truth also dawned upon me just recently when Howard Marks made it clear himself. Here's an excerpt of an interview about his views on falling knives. Obviously, he said it much better:

Marks: You mentioned catching falling knives, and my vision is that when the stuff hits the fan and there’s blood in the streets most people go like this, they say well we’re not going to buy until the knife stops falling, until the dust settles, until all the uncertainty has been resolved. But the trouble is that once that happens then the price will have rebounded. So we want to buy at a time of upset and while the knife is still falling and I think the refusal to catch a falling knife is a rationalization for inaction. It’s our job to catch falling knives, That’s how you get bargains. But you have to do it carefully.

So, next time someone tells you about not catching falling knives, you know he's a newbie. Tell him or her that our job is to catch falling knives, with gauntlets on. Some of us even have the Infinity Gauntlet. Stones and all. We time-travelled to enough alternative universes collecting Infinity Stones. If we want, we snap our fingers and the knife disintegrates. Refer him to this post and see if he agrees.