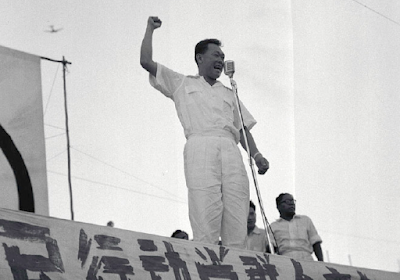 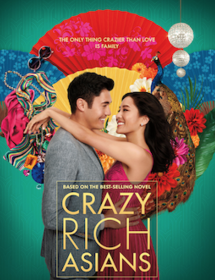 *IPPT stands for the individual physical proficiency test, a compulsory test in the army for all Singapore National Service men. In 2010, 50% of reservists/NSmen failed their IPPT. The test was recalibrated in 2014.
No comments: Links to this post

This is a recent chart from WSJ which shows that millennials while carefree and internet savvy faces some difficult problems vs the older generations. They have more student debt and would likely earn less than their parents. 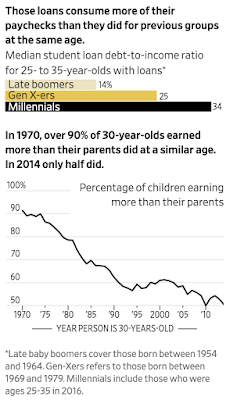 This is a reflection of the higher cost of education as well as pay stagnation. As most types of work get commoditized, we see that only 50% of millennials will get the creative work and get to make more money than their parents. This ratio would continue to go down...
No comments: Links to this post

The Essence of Value Investing

Here is a good analogy on investing and the concept of margin of safety from Buffett some time back.

If you see that a man is very fat, it makes little difference that you are able to precisely calculate his exact weight to enhance your conclusion. Is he 102kg or 110kg? Does it matter? Similarly in trying to determine the intrinsic value of the company, it doesn't matter if you get it at $102 or $110. What is more important is where is the price now? If it is $98, it means that you are aiming for 4-12% upside. That's not a lot of buffer against any calculation error. It means that the stock is not cheap enough. 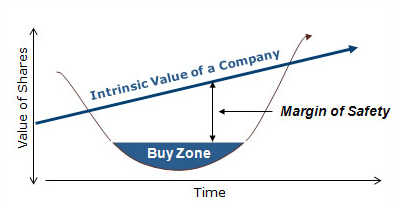 
If the stock is at $70, then we are talking. The margin of safety now opens up to 30%. It takes a few more mistakes for us to be wrong vs if we bought it at $98. The chart above is quite enlightening in telling the whole margin of safety story. The blue line represents the intrinsic value of a company. Over time it creeps up as most companies create value for the society and earn profits that help it to grow stronger.

But the share price rarely track its intrinsic value. It moves above or below it with the vagaries of the markets. We buy it when there is a margin of safety. Usually, this doesn't come often. Maybe once every 12 to 24 months or longer. There are more times when stocks trade above intrinsic value, esp when their sectors are very hot, like technology in 2017 and early 2018.

Capital Account by Marathon Asset Management published in 2004 gave a good analysis of how global capital moved and why alpha or value add could be generated if we invest well in the cycle.


The capital cycle move along with investors' interests which create competition at the peaks, driving down returns. Essentially a more academic way of saying, "be fearful when others are greedy". It doesn't do justice to the book by over-summarizing it here.

Do read the book for some good investing stories!
No comments: Links to this post