This year started with a lot of renewed hope after the disastrous 2016 where we saw markets whipsawing investors. Brexit was supposed to crash the market, but it didn't and Trump wasn't supposed to become President and he did! The markets then reacted by going up 15%, when everyone thought it should go down if Trump ever won. In retrospect, the Trump rally continued into 2017 and we saw the S&P500 hitting all time highs and most markets, following US footsteps, are up for the year.

We have passed the first half of 2017 and hence it might be timely to do a quick review for the half year. Looking at various indicators, it could be said that a large part of the positive moves in the stock markets are done. Most markets had seen positive return for consecutive 6 months which happened very rarely in the past 20 years. Our own STI index (chart below) rallied from 2900 to 3200 in the last 6 months with only 3 down counters out of the 30 components. 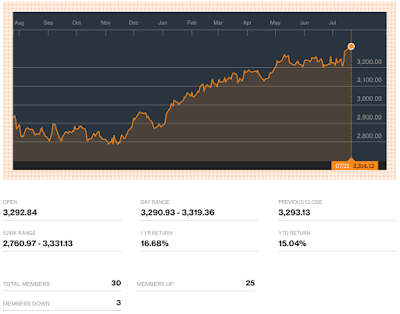 
What had caused the general euphoria in the markets?


For one, the US market is very resilient. It's almost a decade since the Lehman crisis in 2008-09 and the system had been pretty much cleaned up. Multiple rounds of quantitative easing (QE) had created enough liquidity (as well as side effects which we shall discuss) to stabilize the economy. Unemployment rate is now quite low, productivity is getting higher with tech innovation and things are looking so good that the Fed is thinking about finally stopping QE. Then they changed their mind and thought maybe the party should go on. So markets rallied even more!

Meanwhile in Europe, things are also bottoming after the Grexit scare two years ago and China seemed to be okay with the big meeting coming up in October and everyone is trying their best to keep the Goldilocks economy going. Things should be not too cold nor too hot, just right for President Xi to announce his dream team during October's plenum session. Hence, other parts of the world are following this Goldilock's story where everything will be just right until they go wrong.

The other big trend that had really taken off in 2017 was the Second Coming of Tech. 17 years ago, we had the dotcom boom and bust when the internet promised the new future but then everything failed to deliver. Back then, we were not ready but we thought we were. There wasn't enough optics fiber to deliver what the internet promised, there wasn't enough profits generated. But today, things have really changed. 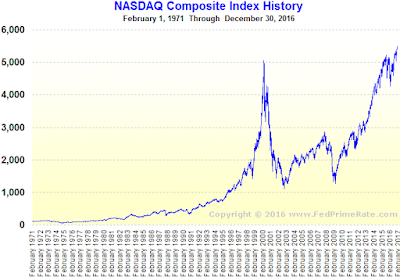 
Now, we have more than enough optics fiber in the ground and under the sea, we have the top tech companies generate more profits than the GDP of some big countries and we have lots of money created by QE1, 2, 3 and QE Infinity. In a amazing turn of event, the Nasdaq price today exceeded the peak reached during the dotcom bubble of 2000 (chart above). Statistics show that people spend 4-6 hours online everyday, on their phones, using PCs, shopping, playing games, watching videos. We are not doing work, not watching TV, not sleeping, not going out to eat (since we have Deliveroo) and just living our lives online.

As such, the combined profits of the global tech companies: Apple, Amazon, Facebook, Google, Netflix, Alibaba, Tencent, Baidu and the rest generated c.$40 trillion in revenue and c.$3 trillion in profits. In terms of profits, tech would rank as the 4th largest economy in the world, behind Japan. With such profits in tech, it had generated positive cash overflow into the real economy, creating more high value added jobs, startups and hence reducing unemployment (somewhat). Hence it could be said that there is this symbiosis between QE and tech. QE flooded the world with money which flowed into tech unicorns (tech startups with more than one billion dollars in market cap) and into the other parts of the tech supply chain.

One huge positive side effect was semiconductors. After the bubble burst, the semiconductor industry and its relatives all died as the huge oversupply created in the aftermath caused prices to fall year after year. NAND prices, DRAM prices, chip prices always went down, until now. The tech revival, driven by big data and A.I. today, required more powerful computing and more storage. Much more than most could imagine. All the big tech are investing in server farms and computing prowess to outdo their competitors and this caused a short squeeze in semiconductor chips. Hence these players benefitted big time as well. Samsung, TSMC, Nvidia are at or near all time high!

The other huge market was the advent of tech gaming.


This industry started in Japan when Nintendo created the first console box called Nintendo 64 back in the 1980s. It spawned a huge market that had grown to become a $100 billion industry today. Gaming including mobile gaming, computer games, Playstation and Xbox is bigger than Hollywood and music combined. Then in 2017, we have a game changer: Overwatch. 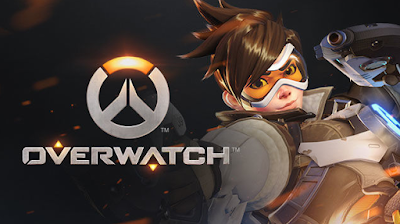 
Overwatch was created by a company called Activision Blizzard which also gave us a few of the best games ever created. Most people would have heard of them even if they are not gamers. Games like Call of Duty, Warcraft, Diablo, Starcraft and now, Overwatch. For the uninitiated, Overwatch is a team-based player vs player (PvP) game where gamers band together as different characters to defeat the other teams. It was made possible in today's era again because optic fiber now have ample capacity and chip computing power can handle multiple player gameplay without lags. This was not possible just a few years ago which was why games were always single or double player only.

Overwatch redefined PvP with a few ingenious concepts such as having a "replay" moment (like soccer) where the game automatically replays the significant moments during the match and also introduce a very huge variety of different characters (currently 25) having different strengths and weaknesses so as to keep interest high amongst players as they have to study these strengths and weaknesses well to win. Since Overwatch, this concept had been used in many other gaming platforms including Minecraft (Bedwars) as well as Honour of Kings (Tencent's huge hit in China right now) and Clash Royale (which also belongs to Tencent since they own Supercell).

But what's more significant about Overwatch is the creation of Overwatch League. I believe this marks the turning point of e-sports, a new genre in sports where people go to stadiums to see professionals play computer games. Overwatch will have teams from different countries (or states in the US) fighting one another much like World Cup or Premium League. Teams train together (online) professionally to win and most believe this would be as big as soccer someday where players earn multi-millions with worldwide fan base as well as lucrative sponsorships. So, it may not be bad thing to play games and not study today! Well if your kids are so good at it.

Since the creation of Overwatch League, we have seen e-sports taking off with talks of e-sports being included in 2022 Asian Games or a creation of an Olympic style gaming franchise with the past top games from all genres: Tetris, Street Fighter, Halo, Mario Kart and needless to say Overwatch. E-sports will also spawn other industries such as goods, merchandise and gaming peripherals (mouse/mice, headsets, keyboards) where Singapore's own company is the global leader - Razer!

Okay, so much about tech, in short, QE helped the tech industry to revive and the markets are seeing new trends which got investors excited, but there's are risks that the party might just end soon. Next post we talk more about the outlook for the later half of 2017 and 2018.