Despite this being an investment blog, education posts written in 2011 and there after had delivered one of the highest pageviews as a result of our obsessively competitive education system and the interest it generated. There had been various changes since then: it was announced that PSLE would move away from the three digit scoring system, schools would be more holistic building on the TLLM (a.k.a teach less learn more philosophy) implemented almost a decade ago amongst other changes. Hence it might be a good time to give an update here.

Parents vs System: this topic had been debated to the death, yes blame the kiasu parents. But the solution is not asking all the parents to stop being kiasu. That cannot be the case and as parents, the solution is also not about stopping tuition for our kids, as to try to stop condoning the system and to try to cut the financial umbilical cord to tuition centres. This seemed to be some parent's mentality. If I do my part to not support the tuition industry, then the system has to change. Sorry it doesn't work that way. Tell the ladies: try not wearing high heels to stop condoning heels which are bad for ladies' feet, bad for stability and bad for the wallet. It doesn't work. Not letting your kids go tuition when he needs it in this day and age just makes it a handicap, akin to purposely tying one arm behind in a boxing match.

Just to share another interesting revelation here. The education system in Singapore, in effect, is an epic battle between parents and their resourcefulness, it is not about the students, who's really smart and who's really good at math or science, or reciting poetry. As our young kids are made to learn more and more difficult concepts at younger and younger age, the key determining factor becomes how much resources the parents can put in the ensure their kids win. Unfortunately, it is much less about the kids' true capabilities.

Just take primary school math as an example: today an 8 year old Singaporean school kid is made to learn very difficult math concepts using fractions and algebra when their minds are not developed for these concepts. Just to elaborate, we have math problems requiring algebra to solve but the system refuses to introduce 'x's and 'y's and instead uses bars and pies to try to mask the difficulty. Needless to say, there is a very high degree of idiocy in giving such problems in the first place. I am sure we will get to 'x's and 'y's, perhaps differential equations and Laplace transformation for Primary 3 in a few years at the rate we keep introduce tough topics.

Good luck parents of the future! Hence the solution to make these poor children "able to do" these problems involve rote learning and memorizing steps without them truly understand the concepts. This requires major investments into either tuition or parent's involvement (time and effort) or both,  to make sure the kids keep regurgitate the rote steps to solve these math problems.

This is so silly, agreed?

This is like a video game where the parents throw money, time, resources to train their kid i.e. the character so that they can go fight other computer characters and prove their worth. Of course, the kids at this age simply move like the computer characters, fully controlled by their parents. Some really good and smart kids soon realize the game and become motivated to fight on their own, but this is like A.I. achieving consciousness, ie the computer begins to think and move by itself and understands its own existence. Alas we are not there yet, most of our kids are simply moving from command to command, having not awakened. Hence we parents end up just training ourselves to be the gamemasters for our kids. This is the result of our f**ked up system.

Just to give the analogy a bit more meat, for some parents, the following game probably rings a bell. Animal Kaiser is a popular arcade video game where the player collects tonnes of cards in order to beat the opponent. These cards are of grave importance, some cards give the animal special powers, or even divine help, which is crucial during battles. Here, in the analogy, the parent is obviously the player, the kid is the animal character in the game that is going to fight all the other animals. And the tonnes of cards, which requires money, time and effort to collect represents the resources that parents pour into their kids to ensure they win this animalistic epic battle. 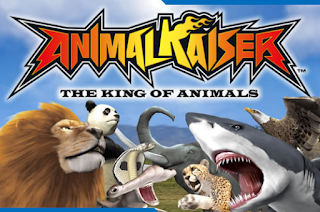 So yes, in Singapore we are all stuck in this big Animal Kaiser education war. Our kids are all animals, training hard, controlled by their gamemasters (a.k.a parents) in this meaningless fight. Does it help them when they go to real world? Does the special powers exist elsewhere outside the game? What are we trying to achieve here?

Things really have to change.

For things to change, it has to be changes made to the system. Change cannot be asking the parents to stop what they are doing. Just like we cannot ask all ladies to stop wearing heels. We must change the system. Yes things are finally moving but unfortunately the changes are moving too slowly. We saw the PSLE changes and what not, which might help, but perhaps most importantly, we have to upgrade our teachers.

Teachers are the most important players in the system.

In the previous posts we discussed that teachers used to be quite well paid some 20 to 30 years ago. I remember my teachers when I was a student were relatively well to do. During those days, their vocation was a profession, they were respected members of the society. Hence they also had the luxury to buy good properties during those days and benefited well from Singapore's property rise over the years.

Alas, today's school teachers are not having such good fortunes. Public school teaching has become a job that is not well paid, very taxing and yet thankless. Parents are ruthless, demanding and oblivious to the consequences of their actions when they condone their kids' wrongdoings in school. Teachers are unable to tackle unreasonable parents given the change in their social status. This is a sad problem.

It is said that the crux of a successful education system ultimately depends on the quality of the teachers. We have destroyed this. We turned teachers into commodities and hence are now suffering the consequences. Is it a wonder now that we have to resort to a billion dollar professional tuition industry to educate our kids?

For things to change, we need to attract talent back to the teaching profession. A big part of the answer lies in raising the salaries of teachers. Ironically, in Singapore, money talks loud and we have to pour money to solve this problem which created the issue of having parents to pour money in the first place. The answer is as follows:

If we doubled or tripled the salaries of teachers, subsequently tightening the requirements such that only the best graduates can be teachers, automatically, the society would recognize this to be a noble job, giving it the same recognition in due time. However this is also easier said than done, most countries had not succeeded except some Nordic countries where they dictated that teachers needed to be PhDs and are paid really well. Subsequently, they raise the education standards, really making sure no child is left behind.

The Nordic education system which extends to early childhood education is said to be the best in the world.

Of course, the ability to pour money to solve the problem ultimately depends on the government's coffers. If the government has no money, then how can they double or triple the salaries of teachers, who usually represent a huge number in the workforce? But Singapore government has money. We can definitely pull this off if we wanted to.

Next, we talk about our system's philosophy.

Meanwhile a happy Labour Day to all!

All three parts are out!