This is a continuation of Part 1 and Part 2.


In the last post, we discussed that ETFs should be part of every astute investor's portfolio and since tech is becoming so important, maybe tech ETFs might also make sense. Also, if 90% or more of all investors never ever beat the index, then wouldn't be buying the index i.e. buying ETFs (equity index funds) be the best option? So that's coming from the Oracle of Omaha, Warren Buffett himself.

In this post, we go back to the centuries old business of insurance.

As most students of value investing would know, Berkshire Hathaway grew tremendously after it acquired an insurance business. Insurance is very good for investing because it provides very long term patient capital. One of the greatest obstacles facing asset management is always capital withdrawal or drawdown - one of the most dreadful word in fund management. The thing is, capital or funds (both from retail or institutions) can only be as long term as markets (which is now six months!) Alas, the markets are getting more and more short term. It is now estimated that global exchanges trade all their own outstanding shares every six months.

By evolution, humans can only think short term. Our primitive minds cannot comprehend long term (like anything longer than a few days in prehistoric times, to a few months a hundred years ago and maybe a few years in modern times). We simply cannot make good decisions when it's too far out even though we know logically it's good. For instance, quit smoking or stop eating junk food. In investing, we just cannot grasp the concept of compound interest.

Just an example, if you were given a choice of having (A) one cent today which will double every day for the next 30 days or (B) 1 million dollars today, which one would you choose?

As you can see, a single cent doubling every day gets to $5,368,709 in 30 days but we would choose a million dollars right? We simply cannot comprehend compounding. For those still lost, the answer is (A)!

That is why despite 100 years of investing in markets, we are still so short term, constantly looking at quarterly numbers, unable to think three to five years ahead. Let alone 10 to 20 years, which is the real operating span for most successful companies and their business strategies and the real power of compounding (sorry it doesn't happen in 30 days, it's more like doubling on every 7-8 years which is 8-10x over 20-25 years). Hence for fund management, we need long term capital, which insurance can provide.

Berkshire Hathaway stumbled upon this when it bought Geico. Insurance provide that long term capital that allows for compounding to happen. Without which it's just meagre returns which is what most hedge funds do today. Essentially, hedge fund managers just suck management fees without adding real value to investors.

This long term capital is called "float". Not the kind below, but close metaphorically. 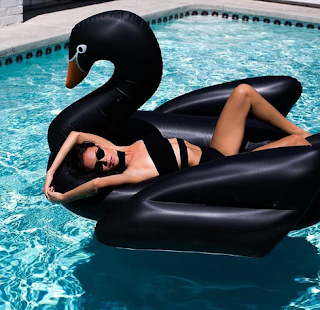 "Float" arising because insurance companies collect premium upfront to insure for some adverse events that people want to avoid, for instance death, illness, flood, or earthquake, or fire, whatever. The insurance companies take the money today but only pay out years later. Meanwhile, they get to invest this money to make more money. This is the beauty of insurance. The ability to hold the "float" is so precious that competitors will charge less and less upfront premium to get "float". In most insurance markets, the amount collected today actually cannot cover the expenses that needed to be paid out because of competition. That's the cost of getting the "float".


But in some cases, it is possible to make a profit as Berkshire found out. Buffett likes to point out that it's because of under-writing discipline, or being able to assess risk properly and hence charge the right premium. If competition becomes irrational, then Berkshire get out and move on. So Berkshire had managed to get the "float" at a profit! When this happens, then the insurer is being paid twice! First of making a profit by under-writing insurance, then again by making money by investing the "float". Buffett says that it's better than free. Something like enjoy a good ONS and then being paid for it? Haha! Okay, that's R21, young investors please just ignore the last sentence.

So, here's my postulation.

When Berkshire Hathaway started out in 1965, some types of insurance were not well understood, especially auto insurance, which surprisingly only became nationwide in US around the 1960s. Also some types of property and casualty insurance, re-insurance and other specialty insurance only came about later. That is why Berkshire was able to get under-writing profits as a first mover in some of these markets. (Of course, underwriting discipline and good management helped.) Note that it never got into life insurance which is just cut-throat competition, since that's been around for ages. As Berkshire got bigger via M&A, it's easier then to maintain under-writing profits, which helped Berkshire grew its float from $39 million in the 1970s to $91 billion today!

Today, Berkshire makes an underwriting profit of $2 billion, which we can think of it has essentially Berkshire getting paid 2 billion dollars to borrow 91 billion to invest! That means Buffett had been enjoying almost 50 years of negative interest rates! Now, finally the world caught up.

This is the power of insurance.

We talked about Markel in the previous posts. This is often touted as the next Berkshire because the firm is essentially operating the same model. But since auto insurance and the other fields that Berkshire dominated are now pretty competitive, Markel ventured into other types of insurance. I had the time to read part of its annual report and was surprised to find all the types of niche insurance. It started as an insurance firm covering bus and truck fleets but had since branched out to shipping, industrial equipment, re-insurance to even insurance for board directors to cover the risk that the companies which they sit on are involved in fraud. 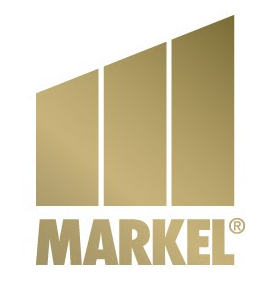 
You see, independent board directors are personally liable to be sued if their companies are involved in fraud. But since they are independent directors, they would have no knowledge of the hanky panky that their companies had been doing day-to-day. So why not create insurance for that? Board directors are paid five or six figures and they would be happy to portion out a sum to cover such risks! That's what Markel did.

So with that model, Markel grew the way Berkshire did. But this is probably it's 17th year or so. If it follows Berkshire's trajectory, we should see Markel go like 20x in 35 years. It's not too late to buy now! Markel is led by a strong team comprising of strong operating people as well as members of its founding family. There is no succession issues since the main guy, Mr Tom Gayner is only in his early 50s. Having said that, Markel is not cheap, is used to trade at teens but had since re-rated to 20x and recently been trading at 30-40x! It just shows how difficult it is to beat the markets! Find a good idea and it gets traded up in no time!

Anyhow, insurance has been one of the most difficult sectors to understand but having gained this perspective, hopefully we can find some ideas closer to home as well!