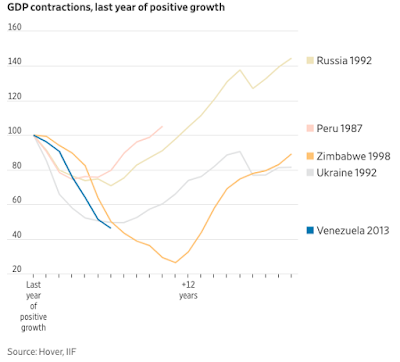 With GDP collapsing more than 60% and hyperinflation rendering its currency worthless, it is a broken country now with no recovery in sight. It is another reminder how commodities (Venezuela has oil and soft commodities and benefitted from the boom 2007-2012) can be the biggest curse.