It's the Blue Ocean, not the Blue Whale Game!

I felt very compelled to write this post as I believe this would save lives. If readers here ever feel there is a need to repost this, tell someone about this, please do so asap. Our lives are very precious and there is never, I repeat, never a good reason to end it prematurely. We are connected to everyone (and all animals and all of nature) the day we are born. Every connection is very important. You are very important. More than you know it.

The blue whale is the largest animal that has ever lived. It is a highly intelligent animal and has been able to bounce back from the brink of extinction despite humans hunting them for food. Blue whales can sing and this fact was featured beautifully in Pixar's Finding Nemo and Finding Dory. Hitherto, it is not known why they sing but I would speculate that they sing because they are happy and they want to communicate their joy, just like we do. Blue whales sing a lot! They sing when they find food and they sing to impress other blue whales. As they are connected to Mother Earth as we are, blue whales' songs are heard by other blue whales and sailors and other sea animals. Blue whales then repeat the same nice tunes, resonating across the oceans.

The blue whale, one of the world's most amazing creatures


Hence it is beyond me that a suicidal game could be named after such an amazing creature. For the un-initiated, there is a dangerous, detrimental game called the Blue Whale Game that is being downloaded all over the world causing teenagers to commit suicide. The game starts innocuously by asking the gamers to do some simple tasks like listening to music or to write an online status, it then gets crazier and crazier until the last task - to commit suicide. The gamers are held ransom as the game hacks into their phones and the curators would threaten to wipe their phones or reveal embarrassing pictures or videos if the gamers do not complete the tasks.


Even if you have downloaded a game, there is always a choice to quit. So what if the phone get wiped. So what if some photos or videos are revealed online? It is not the end of the world. But suicide is, for the person. Nothing can be worse when life ends. Majority of people who tried to commit suicide actually regret at the last moment bcos deep down, they knew there is always another way out. Suicidal people tend to think that the pain ends with death.

However the pain doesn't end because we are all connected. The loved ones continue to bear the pain of the person who committed suicide. Suicide family survivors bear the pain and guilt of losing someone to suicide for the rest of their lives. They will forever ask why? Why didn't they manage to stop the person? Could they have done something better? Could they be more caring? It is a like a broken link in a web. Suicide doesn't solve anything. It amplifies the problem and passes it on. 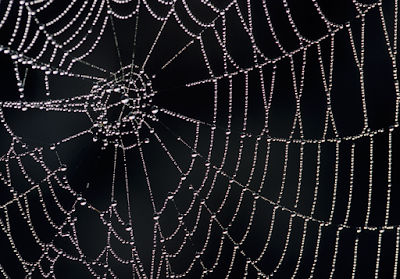 
It is said that 90% of all suicides are actually caused by depression. Depression is a serious sickness not unlike other major illnesses such as dementia, strokes, cancers and heart problems. It requires medication and treatment. However unlike most other illnesses, it is a sickness of the mind. Depressed people cannot snap out of sadness. The negative thoughts in the minds circle around over and over again. The thoughts lead them to conclude that the only choice to make in order to escape the pain is suicide. Hence medication and therapy is needed to overcome this highly dangerous sickness.

There's an analogy here with investing. In investing, it is always a multitude of choices. However most market participants are inclined to think in very limited scenarios. This is very rudimentary and is often proven wrong. For example, when TV first came out, people believed no one would ever listen to radio again. Sorry we still do, every day, in our cars. Today, it's about disruptions. If Amazon is going into groceries, then Walmart is going downhill. If Tesla grows big, all traditional automakers will be bankrupt. Sorry, wrong. The world is never so binary. Walmart is going strong and Costco is at all time high despite Amazon's onslaught and BMW is going from strength to strength. Look at its long term chart! 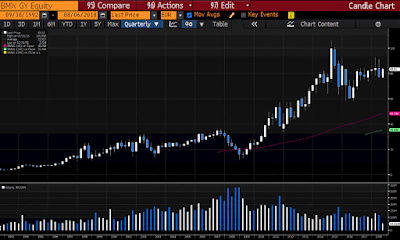 Tesla or not, BMW just powers on!


The investing world is always about creativity. This is because businesses are run by smart people who adapt and change, just like our ancestors for millions of years. Hence people who think in binary terms or have tunnel vision approach will always be constrained and their investing returns mediocre, very very mediocre. Ever heard stock critics talk about how this industry is gone because of that, how margins must be so and so, using deterministic language as if they know the future? That's tunnel vision and tunnel investing. We have to break away from that.

The Blue Whale Game is the complete opposite of creativity and coolness. It locks people in, limiting choices, using threats and peer pressure to achieve its tunnel vision mindfuck. I have to emphasize again, do not download or play this game. It is even worse for people suffering from depression. Depressed patients need help to break away from the tunnel vision that lead them to only one outcome - suicide. This game exacerbates that. It does not help.

Depression requires doctor intervention. Often times, depressed people do not know why they are depressed. It's could be trigger by anything. They then get worried, unable to sleep, cry for no reason then seek to escape reality. They also have this perpetual feeling that they are worthless or helpless even though it's not true. Everyone has value. Even a business that has already bankrupted will always be able to buyers. Depression is a serious illness. Do seek professional help if you think you are suffering from depression. 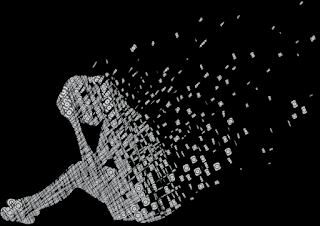 Are you depressed? Seek professional help.

The world actually needs the other type of game, a Blue Ocean Game - a positive achieving game where anything becomes possible and we become the best that we can be, helping others and saving the world. We start with simple positive tasks but grow to complete a list of wonderful projects and then make the best deal ever - never ever commit suicide. Here's a list of tasks:


By completing these tasks and making meaningful pacts, we can then understand that possibilities are as limitless as the Blue Ocean and the world is our oyster. We are only limited by our own barriers and the tunnel visions that we had imposed on ourselves. We have to regularly connect with positive-minded friends and with Mother Nature to move out of tunnels and into the light. That's when we free our minds and execute the blue ocean strategies to live our lives to the fullest extent possible.