Is the Virtual Economy Taking Over the World?

Here's wishing all readers a very Happy 2018! Thanks for all your support these 12 years! Today let's talk about world domination by the internet!

Based on my estimate, the virtual economy today is possibly just 15-20% of the real economy today. While it did cannibalize some demand from traditional businesses, a big part of it is just new stuff. We shall see how new everything actually becomes. Now why do we say it is 15-20% today? Reference could be drawn from two data points: 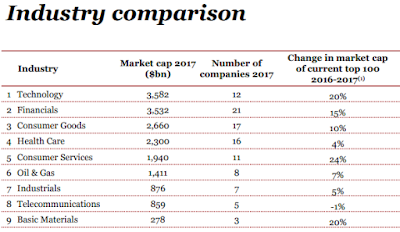 
2) Internet retail penetration is 15% in the US while it is 8-18% in other developed countries (18% in China). Although globally it should be closer to the lower bound since penetration in emerging countries would be much lower.

The stock market is usually very simplistic in thinking. If Amazon is taking over retail, then all the malls and related stocks should go to zero. To some extent, retail did get decimated, but because we all live in the real world, we don't stop going out. We stopped going to department stores and traditional malls but we spend more time at Starbucks, at Costco/Big Box or Don Don Donki (the new Japanese discount store in Singapore) for differentiated shopping experiences, at outlet malls, at theme parks and going for other experiential adventures. 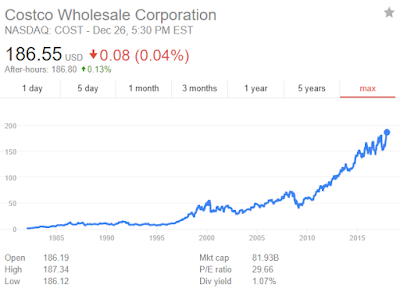 Costco's share price at all time high despite Amazon's onslaught

There were other interesting revelations from the content industry, namely music and movies. The music industry was the first to fall prey to the internet technological disruption. Apple Music devastated CD sales, then streaming came along and took share from music download. Now Spotify seemed to be the undisputed leader and the recorded music sales finally saw growth in 2016 after years of decline, hitting revenue of c.USD 8bn in the US. But the truth is much bigger than that. The live concert industry boomed big time from 2000 to 2016 while CD sales plummeted. In 2016, Live Nation, the world's #1 live concert operator had sales of USD 8.4bn, the bulk coming from the US. This one firm's revenue outstripped the revenue of the entire US recorded music industry! You see, things in the real world don't disappear, the revenue just moved elsewhere.

Moving on the Hollywood, with Netflix, Amazon Prime, Youtube and streaming, the first level thinking is that everyone would stop watching movies in theatres. Yet worldwide box office revenue had positive growth from 2006 to 2016. It was c.USD 9bn in 2006 and today it's close to c.USD 11bn. So did we really watch less movies? Yep, we stop watching stuff we might catch on the planes or Netflix or elsewhere but we still cherish the experience at the cinemas. We choose the one or two films we will definitely watch at the theatres. 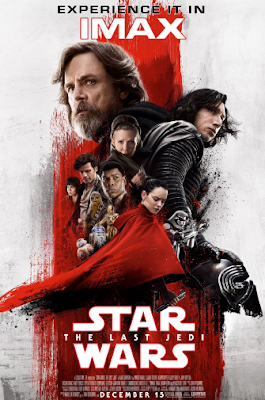 
In fact, we want to watch it in IMAX. If it's the one movie we want to watch this year, then we better watch it in top quality. We pay up to watch The Last Jedi, or Avengers, or Fantastic Beast: The Crimes of Grindelwald. So the virtual economy does not take over the real economy. It is always something deeper at play. Difficult to see, always in motion, the future is.

Let's talk about gaming which is now bigger than movies and music combined. A whole generation had grown up with Nintendo, Playstation and Xbox and are now having children. With mobile gaming becoming prevalent, we are also seeing seniors playing Candy Crush and Pokemon Go! on their phones. Gaming is simply part of everyday life today. Statistics have shown that people on average spend a few hours on gaming and social media. By examining this, we might catch a glimpse of the end game for the virtual economy.

Recently Wired did a piece on the lives of esports gamers. Esports is fast becoming an important industry as gaming grew so big. For the un-initiated, esports is going to be as big as NBA or NFL or the English Premier League where teams compete in games with other teams to win championships and millions of spectators watch these pros play online. These esports players train as hard as star basketball and soccer players. They work out, study hard, eat healthy and train 7-8 hours a day playing games like Overwatch together. Yes, they spend half of their waking hours on computers, in the virtual economy.

To some extent, we all spent a lot of time online as well, since we are on laptops or PCs when we are not in meetings. We might not have enough time for shopping, gaming and/or consuming content while working but as efficiencies improve, we would be able to do much more in the 24 hours. We will be able to shop, Facebook and Whatsapp with voice recognition, maybe watch short movies on the way to the office pantry and when cars drive themselves, we free up even more time to spend in the virtual world. We will have multiple avatars for different purposes. So, yes, the virtual economy can still grow. I believe it will be 50 trillion dollars.

Does it mean we should buy FAANG and BAT now? That's a very tough question. I think there is a better time to accumulate them, rather than buying them now for 40-100x PE. Meanwhile, opportunities are abound in the real economy with great franchises trading at teens PE. These are opportunities we wish to explore in 2018 and we shall also discuss A.I. autonomous driving and semiconductor chips in the future.

Meanwhile, again a very Happy 2018, together we huat!