In a blink of an eye, we are now at the end of 2017. Last year this time, we did a similar review for 2016 and then talked about how 2017 would pan out. The following passage surmised what we discussed:

Let's talk about 2017. Remember it's not prediction but preparation. It's not easy but let's try. In my view, 2017 could see the rise in animal spirits given the very bad 2016. Investment appetite especially with the US economy recovering could pull parts of the world up. Although China and Europe should remain tough with the bad debt issues still haunting the financial sectors. So what's the preparation needed? Maybe look to deploy a bit into secular sectors, like health and fitness. Meanwhile in Singapore, 2017 could be the year the property oversupply hits a peak after which the no. of new condos would drop. Hence it might mean it's the bottom for the property market. It's could be the last chance to buy Singapore property before it becomes way too expensive. So, be prepared!

Quite miraculously, we got many things right! We saw animal spirits coming back which led to the rising bull markets globally. The US markets are up 20-25%, Europe up 21%, Japan up 19%. Hong Kong up over 30% and China 25-50% depending on which index we took. The US economy recovered well enough that market participants are talking about things being too heated up. Elsewhere investors shrugged off Europe's lingering issues and China's debt problems and looked for excuses to bid things up.

The crazily prominent example of this is Bitcoin. 2017 saw the bubble formation of bitcoin in its final stages and we are now witnessing the meltdown. During the same time last year, bitcoin was trading at $800. A few week ago, it hit an all time high of nearly $20,000 before crashing 50% to $10,000. At its peak, the total market value of bitcoin hit USD 300 billion, which is bigger than Singapore's GDP. Alas, all good things come to an end, we should be seeing bitcoin crashing back to earth and then forgotten, as with the tulips, internet has-beens and pencil buildings in Japan constructed voraciously durring the 1990 property bubble. 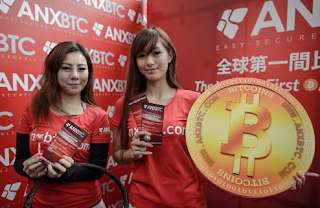 For Singapore, 2017 also had some significance. We saw the public dispute of the first family being brought to public while our property market staged a nascent recovery. The markets were oblivious to the spate, investors' confidence in both stock and property markets remained strong. Who cares if Oxley Rd becomes a museum or another luxury property address in the little red dot? Singapore will be the rich and famous playground in South East Asia, the Monaco of ASEAN.

However the saga also marked the signs of tumultous times when power transfers occurred, alongside other incidents such as the seizure of our Terrex armoured vehicle by China and my personal favourite: Tesla cars being taxed as environmentally unfriendly by our beloved LTA so much so that Elon Musk called our PM to settle the issue. Longer term, I cannot help but worry. We came far on the foundations built by the first generation of forefathers but the infrastructure (both the soft and the hard ones) is not robust. There are issues with our education, healthcare and transport systems, amongst others. Big issues!

In five to ten years, we will have a new prime minister and his new team, untested and unproven. We must give them support and we have to fix the abovementioned issues if we want Singapore to be relevant beyond 2050. But meanwhile, property should be okay. Fortunately or unfortunately, Singapore will become a safe haven for global wealth to find their ways into private properties in District 9, 10 and 11. Alas, most Singaporeans will not be able to afford condos in the not too distant future as we see $2,000 to $3,000 psf condos become the norm as with HK, London and Monaco (and the most exorbitant to hit $10,000 psf). The 5C dream shall remain a dream for 90% of Singaporeans.

Well, that's the future, back to the present moment, so what's installed in 2018?

I think the apt phrase to describe 2018 might be what is alluded to in the title. We will witness the markets melting up, up and away! What's that? Well, essentially, we might see a bubble. But exactly, what's a melt-up?

Here's a definition from Financial Times:

A 'melt up' is the informal term used to describe markets that experience a rapid rise in valuations due to a stampede of investors anxious not to miss out on a rising trend. Gains caused by melt ups are usually followed quite quickly by melt downs.

In my opinion, a melt up is probably indistinguishable from a bubble. It might be a semi-formed bubble and not a full blown one that we saw in 2000 but really, what's the difference? It just means that we will see prices going up, our portfolios showing gains but nothing much fundamental really changes. The prudent investment strategy during melt-ups or bubbles is to sell incrementally. But this is easier said than done. Because after every sale, we feel damn stupid as we see the stuff we sold going up further and we question whether we sold correctly. Maybe we should have waited for a higher price. That is the dilemma. So that is why a better strategy might be to sell in tranches. Ideally we keep selling until we are 50% or more in cash at the peak of the melt-up so when it finally crashes, we will have the firepower to buy. So 2018 might be the year we need to raise cash substantially if we are fully invested now.

The other interesting investment angle, as with what happened during dotcom was to buy good old economy stocks at cheap valuations. We are seeing some of these opportunities presenting themselves as every market participant out there is just thinking about buying FAANG (Facebook, Apple, Amazon, Netflix and Google), BAT (Baidu, Alibaba and Tencent) and the rest of the internet powerhouses at 30-100x PE. At the other spectrum, great companies in consumer staples, pharmaceutical and healthcare are trading at teens multiples. Hopefully we can uncover more of these awesome stock ideas in 2018.