Are HDB flats really too expensive?

With the election fever running high, it is probably apt to re-visit the property topic, a boiling hot button issue that is on everybody's mind. While various statistics had been throw around by the media, nobody actually believes them. So here is an independent analysis of whether HDB flats are really too expensive. 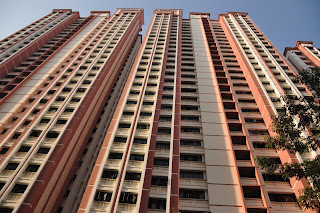 We shall look at a few measures:

Price to Income is one of the most widely used affordability measure. Basically it is just median housing price divided median income. (info from HDB and Singstat). For Singapore, I am using the the 4 room HDB median price of $385,000 dividing the median household income of $60,000 which gives 6.4x. If we use 3 room, the ratio becomes 5x. Globally, this ratio ranges from 3-20x. Anything close to high teens is usually considered bubblish while anything below 5x would be consider cheap. In developed Asia, most cities are at a high single digit or low double digits.

Hence strictly speaking, HDB prices are not that expensive, but we cannot really say it's cheap though bcos 3-5x price to income is relatively common in other parts of the world, esp in sub-urban areas.

However, if we add in condo prices, Singapore is then close to 20x ie higher than most Asian cities, read: bubblish levels.

The rental yield comes up to around 5-6% for 4-Rm, 5-Rm and Exec and *pause for effect* an amazing 7% for 3-Rm HDB. Again global rental yield ranges from 1-9% with 1% yield during bubbles and 7-9% during crisis. The average yield being closer to 3-4%. So again, HDB rental yield at 5-6% are not exactly indicating that they are overly expensive.

However we must also understand that the HDB rental market has its own idiosyncratic issues and also the no.s quoted are gross yield. With the Singapore RE market, there are various charges that come in such as agent fees, ridiculous renovation fees, down periods and fickle tenants. Esp with HDB, you can expect more problems and hence fees/downtime to take a bigger chunk out of gross yield bcos the absolute rent is not high to begin with. We are talking about S$1300-2000 per month. Tenants also tend to be very price-sensitive and picky, bcos if they aren't, they would have chosen condos. So a 5% yield might be just 4% in reality.

In terms of absolute prices per psf, well I guess most avid Singapore property followers would be more updated than me. HDB psf prices are roughly S$500-800, as compared to Sg condos which can be S$1000-3000. In comparison with global cities, the average is probably S$1200-1500. So again, HDB prices are not that expensive. However if we compare sub-urban areas, then prices are way below our HDB prices.

As for housing debt to income, HDB minister Marlboro Tan quoted that we are about 30%, which is not different from global standards. Granted, most Asian cities are higher, at 35-40%. But again, in US, 28% is what credit agencies would recommend, so we are just a bit higher than that.

Just to summarize, let's look at how HDB flats fare on these four measures

So on four counts, HDB is probably expensive on only 1 count: Price to income. This is however the most important measure out of those four as it directly determines how the buyers' incomes relate to home prices. Then again, bcos HDB is actually fair or cheap on various other measures, it makes sense as investors to buy HDB flats.

So we established that HDB flats are not way over-the-top expensive, esp so when compared to other Asian cities. In fact it gives a decent yield if we gauge them as investments.

Why then are Singaporeans so angry with our beloved Govt?

Next post, we shall examine the red-hot button holes and threads in detail!