We discussed how F&N had become a diary powerhouse in ASEAN (Association of South East Asian Nations) and the crown jewel is actually its 19% stake in Vinamilk which now accounts for 47% of its earnings. So what is Vinamilk? Well, Vinamilk is the largest diary company in Vietnam with 50% market share across the different diary products. It is also the largest listed company in Vietnam at S$17bn market cap!

F&N, at S$3.7bn market cap, implies that its stake in Vinamilk pretty much explains for its entire existence and the rest of its businesses and brands (100 Plus, Magnolia, King's ice cream) pretty much worth nothing. Albeit, the hype in Vietnam is causing every stock starting with Vina or Vin or Viet to rally hard, so it might not reflect the true intrinsic value of F&N's stake. 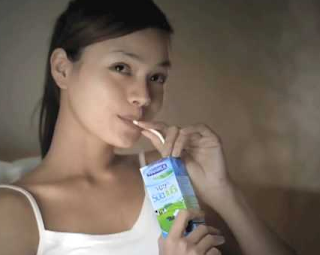 Vinamilk is helmed by helmed by Ms Mai Kieu Lien who was the spokesperson for the brand from 1995 to 2018 (pic above). She led the firm to dominance with provocative ads that flooded the internet deploring the nutrition benefits of milk to the 90 million Vietnamese. She is still single.

The following is an abbreviated CV for Ms Mai (the real one), one of the most prominent businesswomen in Vietnam.

She was also a member of the Central Committee of the Vietnamese Communist Party. In her 26 years as CEO, she led the firm to become the dominant market leader with 13 production plants, 10 product categories and 15,000 cows selling USD 2.2bn of diary products annually and generating USD 500m in profits and 400m in free cashflow. Most of these metrics will continue to grow at 20-30% for the next few years. Vinamilk has 40-80% market share in various products. Over the last 20 years this formidable lady trashed Dutch Lady, the UHT milk brand of South East Asia, including Singapore. Dutch Lady is now the distant #2 with a mere 20% market share in Vietnam. Here's her real pic below. 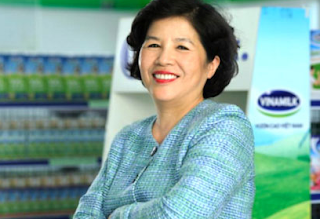 
With F&N owning almost 20% of Vinamilk with a legendary dragon lady running the show, it could be part of the reason why the stock market bidded up F&N from S$1.80 in 2015 all the way to $2.60 today. But there is another reason for the stock to go up. This has to do with the Elephant - Thai Beverage.

Recall that Thai Beverage took over the whole F&N during the saga of 2012 which included the property arm. Now, Thai Beverage had also pretty much did six years of thumb-sucking (ie not doing anything) and left a lot of stuff hanging for that period of time. Hence, it is rumoured that the whole
reorganization of Thai Beverage Group might be due. (Well to be fair, they were pretty busy with beating up Singha - the Lion in their home market.)

This would allow Thai Beverage to own around 60-70% of F&N (dependent on the transacted price) and consolidate its earnings. It would hopefully also speed up integration between Thai Beverage and F&N allowing synergies to be reaped. All in, this could mean a S$30-40m improvement in EBIT, together with additional valuation increase, we are talking about a S$500-600m increase in market cap and as Vinamilk continues to grow 15-20%, that adds another S$500-600m of market cap to F&N every year. 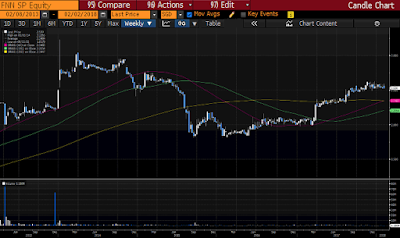 
Not forgetting if F&N could turn the other loss-making stuff (like publishing) back into positive territory, we would get an additional S$10-20m in EBIT. So, just estimating F&N's full upside potential,  it should be at least 1.2 billion dollars from today's market cap. That's more than 30% upside. Of course, these are just numbers in the air, I haven't done the detailed work. On first cut, things definitely looks interesting. To sum up:


1. F&N has a solid ASEAN diary business generating c.$90m going to S$100m EBIT if it turn its loss-making segments positive.

2. Its stake in Vinamilk is worth almost its whole market cap, implying that the market is not ascribing value to its existing businesses mentioned above.

3. A reorganization of the Thai Beverage Group could bring about more synergies allowing for a high market cap, all in, we could see market cap increase by S$1.2bn which is a c.30% upside.

So, time to take closer look!

This author does not own F&N yet!