As promised, this is the first bi-annual dividend list (started only in 2017!) with the first list out earlier this year. As usual, the criteria have not changed over the years and we have used three year average ROE, 4 year average free cashflow and EBIT margin. The dividend yield is cut at 3% and we have 54 interesting names.


The first part of this list also featured some drugs and tobacco companies. The defensive sectors like consumer staples, pharma and tobacco had done very well from 2014 to 2016 and as market goes, this reversal hit them hard. Not in absolute terms but in relative terms. While they did not fall 30-40%, most of these stocks had done nothing in the last 12 to 18 months while their peers charged ahead. The internet names had so far led the way, but the whole rage now is with anything remotely related to tech. Stocks from semiconductors to IT services to IT patent companies had done really well. The only two laggards seemed to be IBM and Qualcomm featured here.

The current market thinking is that we might see a tech revival not unlike the dotcom era. For the first time in 18 years, we are running out of computer chips. In the past, every IT cycle had a physical demand limit. A few cycles ago, the highest possible number of chips sold would be dependent on the number of  PCs sold, then it was dependent on the number of laptops sold, then the number of mobile phones sold. But this round, there is no physical limit. This cycle would be led by demand for computing power. This is computing power for A.I. or artificial intelligence. Part of the demand would also be for Big Data, which then requires storage, lots of it. Then we have internet of things ie chips in everything from shoes to fridges and also chips for the 900m cars in the world.

Speaking about storage, Seagate surprisingly got onto the second part of the list. Perhaps there is a buying opportunity here? Servers today still needs hard disks despite that notion that NAND flash would take over and make HDD obsolete. This was touted more than ten years ago, unfortunately, as prediction goes, it did not happen. We might see a revival for HDD if the storage boom does happen. And the good news is, there are only two companies making HDD nowadays.

The ad agencies like WPP and Omnicom deserves a bit of mention as well. These companies lie in the intersection between the consumer giants like P&G and Unilever and tech. The understanding was the large consumer companies require these agencies to help market their products. They make us think that we need the best shavers and shampoos to groom ourselves. But as internet took over, people are happy to use just any shavers or shampoos. These large consumer firms also failed to engage new users on Facebook and Google. Worst still for the ad agencies, Facebook and Google replaced TV and also became their competitors for ad fees. So, there they are now, looking cheap and looked as if they might be decimated in the new economy.

The verdict is not out yet. Are they a screaming buy or sitting ducks? We do not know. I have a gut feel they might be sitting ducks. Facebook and Google had simply become too powerful. These old traditional firms might not have a chance. But everything has a price. If they get too cheap, maybe it's worth a last cigar butt puff.

Sadly, I struggle to recommend a good idea from these two parts. If I have to choose, it might be one of the pharmaceutical names. Drug companies in aggregate had done good for the society. Yes, they had their fair share of damages, such as opioid, overcharging and other issues. But they are slowly winning the war against cancer and cured many other diseases that had plagued humans for centuries. Not to mention, Pfizer improved the sex lives of many, many couples. While many readers here are in no need of Viagra and its generic cousins, but hey, we all grow old! Some day, we would all hail Pfizer and thank the great firm for inventing the blue pill! 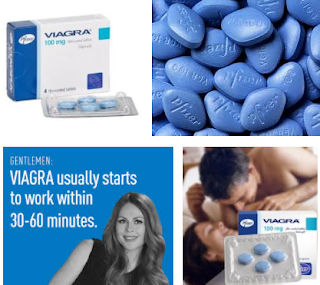 
Again, they have devalued because they are not part of the new economy. I would say that paying teens PE and receiving a 4% dividend yield for some of these firms are bargains. It might be worthwhile to start researching on some these great drug companies: Pfizer, Merck, GSK and AstraZeneca. Though not on the list, Roche, the world's leader in cancer drugs might be a good candidate to start with. It also has another diagnostics business that is stable and steady.

Next post, we look at Part 3 and Part 4 of this October's list where more Singapore names appear!