Coronavirus to COVID-19, the Woes Continues...

Markets collapsed c.15% over the last two weeks as COVID-19 (renamed from coronavirus) raged and spread across the globe. The infection hit 100,000 people and caused over 3,000 death in 94 countries. The panic buying of toilet paper and other daily necessities in Hong Kong and Singapore were copied in Japan, Italy, US and various other countries. It's a complete pandemonium!

It is inevitable that masks run out. It is logical that people buy up alcohol wipes and disinfectants. It's acceptable that people go stock up on dried food, instant noodles, bottled water and other important items. But why toilet paper? We do not poop more because of the coronavirus. Some patients do vomit but we do not wipe with toilet paper to clean up afterwards. We wash. Toilet paper is not a necessity, we can always wash. Hundreds of millions of people wash daily, because they don't have the luxury of paying for toilet paper. Money needs to be spent on food, clothes, gas, the real necessities. 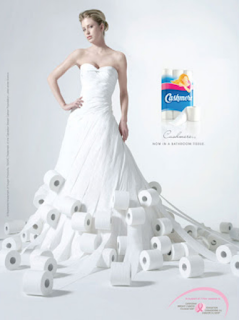 Why we are running out of toilet paper


The only reason, politically correctly speaking, is baseless fear. FOLO: fear of losing out or FOMO: fear of missing out. The crude Singaporean way of saying it not nicely goes like this. All these people stupid lah, monkey see monkey do, indiscriminately buying toilet paper without using their monkey brain. Most countries do not import toilet paper from China and is self-sufficient. But obviously, if every household chooses to buy and stock up 24 months of usage, no amount of production will be enough. This is human psychology at work and one of the key reasons market goes into bubble and panic mode so often.

The market is going into panic mode today. Highly leveraged companies find themselves in trouble as they lose revenue with the virus causing a huge global supply chain disruption, major slowdown in travel and reduction in consumption. In a normal world, they have access to bank loans, temporary credit lines, their suppliers and customers will give flexibility on payment terms. But as the COVID-19 crisis unfolds, all this goes out of the window.

We already saw Flybe, a UK carrier, going bankrupt. Unfortunately, more bankruptcies will come. Credit default swaps (CDS) are rising for many listed corporates. CDS measures the possibility of default on bonds. It is the insurance that bondholders pay in case the bond goes into default. In normal times, most companies with bonds see their CDS trading at 100-200bps but in recently weeks, CDS are rising by 20-30bps in a week and some companies have seen their CDS spiked.

This is not good. Corporate defaults will put stress on the banks or other parts of the financial system. Frankly speaking, our modern financial system is not very robust. Every crisis had started with stress at the weakest link which hit major financial institutions bringing about the crisis itself. The GFC started with sub-prime, a small niche sector in the US property market. The Asian Financial Crisis (AFC) was triggered by the Thai central bank breaking the Thai baht's peg to the US dollar. This in turn triggered the collapse of a hedge fund called LTCM. 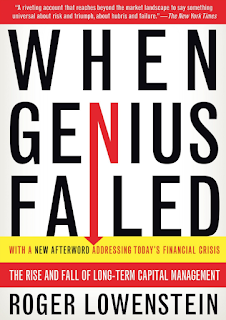 When Genius Failed: The story of LTCM


This is where things get interesting, as we had seen with toilet paper - the actions of market participants causes a snowballing effect which ultimately leads to unfavourable outcomes.

LTCM was a huge hedge fund with 140 billion dollars of asset under management. In 1997, three years after the establishment of the firm, the AFC hit global markets. It turned out that LTCM had bet on many Asian currencies to strengthen and was bleeding. The was because the unpegging of the Thai baht had a contagion effect, and many worried about the ringgit, the rupiah, the peso and even the Singapore and the Hong Kong dollar.

So most Asian currencies started to fall, worsening the woes at LTCM. What's worse, many other hedge funds had followed similar strategies and held similar positions. The market started to realize they needed to unwind the same trades before others. Just like consumer rushing for the same toilet papers before others bought them clean, traders rushed to put in phone calls to unwind these trades.

LTCM, being the biggest elephant, couldn't move fast enough and was at the verge of collapse. It was believed that while LTCM only had 140 billion dollars, its leveraged trades had nominal values north of a trillion dollars. The Fed had to step in to rescue LTCM because they believed if LTCM failed, it would bring down the whole financial system, triggering massive defaults, bankruptcies and bring about widespread panic.

This was "monkey see monkey do" at its worst.

Okay, back to today's crisis. It looks like it would get worse before it gets better, but it's really hard to time the bottom. My optimistic view is that 12 months from now, things would be better, we would have regretted not buying more. But right here, right now, we can only take incremental steps. Buy some stuff if you see it's cheap enough but leave some dry powder. It can get cheaper.

There is a tail risk that we do get a lot worse, like a pandemic at the scale of the 1918 Spanish Flu (500 million infections and 50 million deaths) or the Black Plague, then we won't be thinking about how our portfolios are doing. We will really run out of water, food and the real necessities. Everybody will wash. Definitely no toilet paper. The only asset in the portfolio that can help us if that happens is real physical gold, not even the gold ETF. Let's hope that scenario will just remain as a discussion topic here.