What a historic day for Malaysia! Dr Mahathir trashed Najib with a snap of his fingers gloved in his infinity gauntlet neatly decorated with the coalition of infinity stones: DAP, PKR, PNA, PPBN and Warisan Sabah. His Alliance of Hope, Pakatan Harapan and its partners convincingly defeated Najib's Barisan Nasional (BN) with 122 seats vs his nemesis' 79 seats. Mahathir's win ended one of the longest reign for a democratic ruling party and renewed hope that Malaysia can one! (i.e. Malaysia can achieve what it wants to achieve.)

Under Najib, Malaysia really suffered with the ringgit falling to a third in value relative to the SGD - one Malaysia ringgit is only worth 33 Singapore cents. The exchange rate was 1:1 in 1965. Also, the market cap of KLCI is at USD 269 billion vs Singapore's STI at USD 440 billion. Given that a lot of its listed stocks are also locked in cross-shareholdings, Khazanah and banks, Malaysia's free float is even smaller at a mere USD 84 billion. This is a tenth of a fruit and smaller than the smallest FAANG which is Netflix at USD 144bn. FAANG stands for Facebook, Amazon, Apple - the abovementioned fruit, Netflix and Google.

The last decade was truly dark for our beloved neighbour.

Ironically, it was partly Mahathir's own doing as he was the one who picked Najib to be the Prime Minister after he sent another of his prodigy, Anwar, to jail. Now he is trying to team up with Anwar by asking the King for a pardon so that Anwar can stand in elections, win a seat and then be Prime Minister. This sounds like a plot from Marvel when your past enemy, who was actually your friend, joins your hero alliance in order to defeat a bigger enemy whom you yourself created. 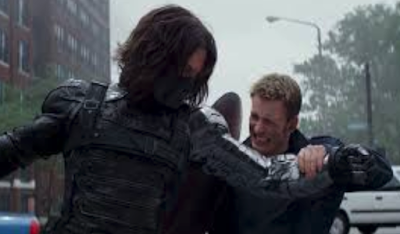 Malaysia in a Marvel Plot?

With the country at its brink, real life heroes really assembled to save their Motherland. Teachers, waitresses, workers, drivers in Singapore took leave to rush home to vote. In fact, Malaysians all over the world came to the rescue, dipping their index finger in blood, swearing on their lives to save the country. We hear stories of how everyone beat all odds in order to stop Najib. Strangers car pooling to go home despite vote forms being sent out too late. Vigilantes appeared in front of voting booths to prevent random black boxes with rigged votes getting smuggled in again. It was an epic battle against evil and an amazing race against time. But Malaysians did it!

But Najib is not going down without a fight. It is rumoured that he participated in intense negotiations with other smaller partners in the coalition to coerce them to swing to his side. Candidates are being offered 20 million ringgit each to jump to BN. If he succeeds, he might still hang on to his PM role. After all, his life is at stake - he might get strapped in dynamites and then get blown to bits. Meanwhile, Mahathir declared bank holidays to prevent money being siphoned out of the country. Hopefully, in the end, the democratic process will work, Najib gets justice served and all our Malaysian friends didn't fly, rush, drive back in vain.

Back to the stock market, since Malaysia is closed, nothing much is going on. The ringgit meanwhile weakened after strengthening before the election. With talks of abolishing GST and re-introducing fuel subsidies, investors are also worried about the country's fiscal situation. But never fear, Dr Mahathir is back. Just the face of this legend supposedly made Najib and his cronies squirm like vampires in sunlight. So AirAsia painted all their planes to make sure Najib cannot escape. 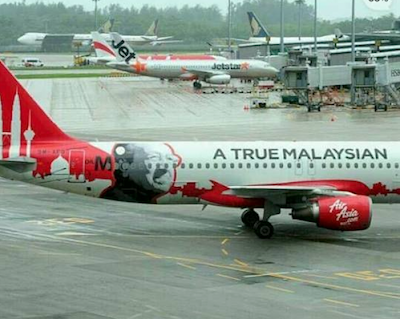 
As to stock ideas, many experts are pitching stocks that benefit from the weakening ringgit while some called upon investors to take advantage of any pullbacks to buy quality Malaysian names. A quick stock list include: YTL, Public Bank, Malaysia Airports, Maxis etc (all Malaysia listed names). Meanwhile, yours truly made a tongue-in-cheek list of stocks below in Singapore with Malaysian stories:


PS: except for F&N discussed in a previous post which is investable (not on Malaysia but on its Vietnam story), the rest are really more for fun, please don't really buy without doing more research.