A recent bloomberg article "How Facebook Help Shady Advertisers Pollute the Internet" discussed how fraud advertising was crazy on Facebook. These are ads selling slimming pills, money making stock tips and sure-win cryptocurrencies, miracle hair growing cream and other shady products or services via affiliates that would utilize Facebook's user data to find their victims. Most people would know that these things won't work. If they did, then they wouldn't be coming from unheard sources. Yet there are always enough gullible people to prey on. Facebook knows who they are, because everyone uploaded everything about their lives on Facebook.

Here's how it might work, say you have been watching videos about weight loss, researching on Atkins diet and posting pictures of your 5 km runs, your meals, your weight loss last week vs this week, then when a slimming pill ad pops up on Facebook, promising results in one week, sure, why not give it a try. If someone calls you soon after you read about the fake slimming pills and markets it perfectly. Bingo! You would have spent the $100 buying some fake slimming pills.

Fraud and scam works even if 1 or 2 out of 100 tries work. By leveraging on Facebook's data, these scammers might get the success rate up to 3 out of 100 tries. That's a 100-200% increase and millions in incremental income for the fraudsters and scammers. Unfortunately, these are also people that are not too educated, usually older folks or people from with low income households. Scams prey on fear and greed and are very powerful. It is difficult for most people not to fall for these traps, but the less knowledgeable and the insecure would be especially vulnerable. 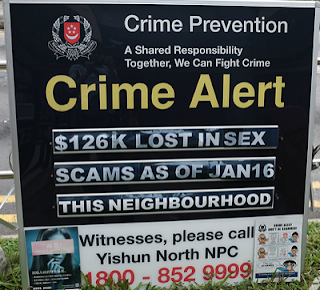 
The human mind unfortunately falls prey easily to these scams time and again. It is said that internet scams are not new. The mechanics of the tricks worked in the olden days and in the pre-internet era. We had phone scams (scammers impersonating kidnapped grandkids calling grandparents to wire ransom money) and we had old school sex scams (where a sexy girl will lead  you to a room full of gangsters) before the new era Whatsapp/Alipay sex scams. It's all greed and fear, two of the most powerful emotions. Here are some common greed/fear psychological traps:


In finance and investing, we have our fair share of frauds and scams. We hear countless stories about get-rich-quick schemes or yet another guaranteed investment plan that would make money. Invest in farmlands, invest in this platinum AAA fund with 200% return, invest in bitcoins etc. I would say that 99% of all these are frauds/scams. If they were really good investments, they would have had brand names like DBS bank or AIA insurance backing them. They would be selling via unit trusts and via banks and insurance firms. Heck, even funds that got through to banks and insurance firms might be scams, let alone those that didn't pass banks and insurance firms' screening criteria.

Of all the top billionaires and millionaires that we know, how many made it there through investing? Yeah, just one, Warren Buffett. (Well, there's also George Soros and Carl Icahn but who remembers them?) Not to forget, Warren Buffett worked at it for forty donkey years before he got famous. How can we expect some promises of get-rich-quick to get us there? Investing is tough work, as with most things in life, if anyone promises quick returns, just walk away.

Having lived a few decades (signs of becoming grumpily old), I would say there aren't that many short cuts in life. We hear stories of people striking gold, had one genius insight that got them rich, made a killing in so-and-so. But, that's really a 1% or even lower probability event. 99% of the time, it's lots of hard work and strenuous effort. Edison said it himself - genius is 1% talent 99% hardwork. In my experience, doing it by the hard way yielded much better results than trying to find short cuts.

With the hard way, it's confirmed that you will get the results. To successfully lose weight, you have to change your eating habits, exercise like hell, shun all unhealthy food. Confirm plus chop will see results.  By adhering to this philosophy, we know better and hopefully never to get scammed. But just to be really safe, we need more precautions, here's three don't's to fend off fraudsters and scammers:


1. Don't ever part with your money, especially sums more than four digits. Disregard most of what you hear when someone asks you part with more than $1,000. In fact, be careful even if it's a few hundred dollars.

3. Don't keep everything to yourself, when you face a situation. Check with friends, relatives or other informed sources, even if the Police Commissioner or the President of Singapore had called and asked you not to share the information. Always double check, double confirm, look for the chop also. Need confirm plus chop first, then we talk. 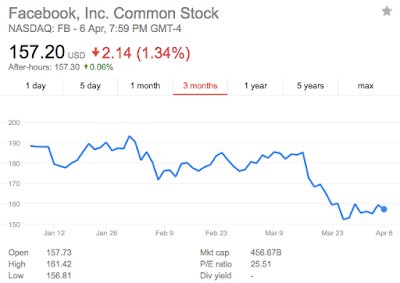 
Back to Facebook, so is it a buy right now? Well, as with most past valuations, my preferred metric is to use the free cashflow (FCF). Facebook generated USD 17bn of FCF last year. It is hard to say, whether this is a sustainable level given that things change too rapidly in techland. I would just triangulate that Apple generated USD 50bn and Google USD 24bn last year. The rest of the FAANGs are still not too good at FCF generation. Well Amazon has USD 9bn but Netflix still burning cash. So maybe Facebook can do USD 20bn some time in the future, given that it has Whatsapp and Instagram which it hasn't started to monetize. But, it's really a wild guess. So let's say USD 20bn. But even at USD 20bn, we are just talking about of 4% FCF yield and that's not exactly cheap. I would consider stocks trading nearer to high single digit FCF as cheap. For example, Apple is trading at 7% FCF yield with a few hundred billion dollars of cash on its balance sheet. So despite the sharp fall, Facebook is not exactly a screaming buy yet.