The second section of this year's list threw out a few interesting names in the tech, finance and other sectors and there's an interesting discussion point that would serve to transform fundamentally the way some of us might want to invest! Yes, it's a big deal. First, here's the list:


Again, since the list gone global, Singapore names were relegated. To just one in this second portion - SATS. This name had appeared multiple times over the years, it continues to be a good firm although valuation might be too expensive at this juncture. The issue with SATS could be more fundamental depending on how we want to look at it. More on this later.

There are actually a few interesting names here which we could discuss a little and interested parties could do more work. In my opinion, some of these are moat companies, but unfortunately time is always limited and there is not enough work done to be able to make buy decisions. Western Union is a global payment network that serves the un-banked, under-privileged class. Most of us in sunny Singapore perhaps only use Western Union for sending money to Philippines for domestic helpers. And this is their moat. It's a powerful business that the firm has built over many years and today links 500,000 financial institutions across the global. The big risk is how the internet and dotcom can disrupt the business but again this is an unknown. It might take years, or it might be like Uber vs taxis - taxis globally are suffering bcos of Uber. For payments into emerging markets, we haven't seen any strong global challenger yet, so perhaps Western Union is safe.

Symantec is another super interesting name as it is touted as the cybersecurity play. As everyone would know, cybersecurity is a big thing with global hacking and global scamming becoming so rampant. Large MNCs are actually at their wit's end against hackers. We heard about these large scale hacking at Sony, Target with credit card numbers stolen etc, and heard no solutions. Even in Singapore, we had these scams with our banks and the banks couldn't do much to recover the lost monies. It's a big problem. Symantec has a strong track record in anti-virus and this business generates superior free cashflow (FCF) year in year out. However anti-virus is actually quite different from cybersecurity. The firm had been trying to market itself as a leader but savvy investors know all too well. It just spent four billion dollars buying Blue Coat, a supposedly real cybersecurity play. So if they were already a leader, why spend the kind of Jho Low - 1MDB money buying Blue what? Well, there is not enough homework done to draw conclusions. It's something interesting but let's move on.

IBM, the tech stalwart, trading at 10% FCF for a few years now, with a 3% dividend and a $100bn revenue. Some say it's the big data / A.I. play given its strong branding with Watson (one of the real viable A.I. business solutions). Of course more than 50% of its revenue is recurring by locking customers in binding software contracts and it continues to move into ever higher margin businesses like consulting and platform solutions. But with such a big base, it is struggling to grow. Buffett also hasn't made money here although it could be said that of the three quick highlights, perhaps IBM would be the safest. It's the cheapest in terms of PE and FCF and mostly likely the one to sustain or even raise its dividends - that's what this post is about yah?

There are some interesting Australian names as well. Computershare stands out as a database for listed companies in this part of the world. There are a few comparables and the one in Singapore being Boardroom. The business is mundane but cashflow generative. They handle share registries and provide software that specializes in share registry and stock markets and also provide corporate trust services. It's like IBM's recurring annuity business and there are very few competitors globally. It looks good at a first cut but again, more work needs to be done.


Okay, back to SATS. This is a great franchise selling food to Singapore businesses. Its core focus is of course its airline food business where it has a monopoly selling to all the airlines stopping here in sunny Singapore. With Changi expanding terminals out to T4 and T5, SATS would just ride on our traffic growth. It has other businesses like selling food to our beloved armed forces, food to cruises and ships and what not but those are pretty marginal. So what's the issue?

The issue is much more fundamental and something to really think about along the lines of ethics and the way we want to really invest. SATS also has an abattoir business which involves taking lives and hence putting some vegan investors off. Now this may not be a big deal to non-vegan investors but let's extent the concept further. 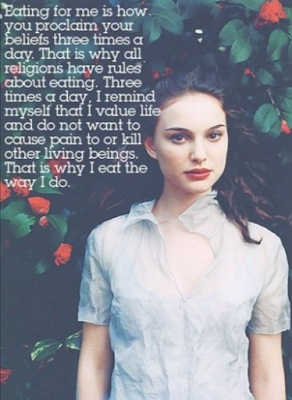 #37 on the list is Imperial Brands, the fifth largest tobacco company in the world. Again this is a strong dividend play that gives out 3.6% dividend while generating a stellar 6.5% FCF yield every year. And it will continue to churn out cash enough to drown investors. Tobacco is one of the best business in the world. It costs almost nothing to make cigarettes, decades of regulations have restricted marketing expenses to pittance, hence gross margins are super high at 70%. The irony is that despite such high margins, tobacco companies can raise prices year in year out with dictated tax increases which further improves margins. There are also no new competitors since new entrants cannot market their products and hence unable to grow their market share. As such, existing tobacco companies have become global oligopolies, maintaining their global share and piling up mountains of cash, all of them. Meanwhile despite the number of smokers declining (as they die out) and the number sticks smoked also dwindling, volume reduction had been more than offset by price increase and tobacco companies had grown earnings at double digits due to what we discussed, and will continue to do so for the foreseeable future. So it's not just strong FCF but strong and growing FCF!


Warren Buffett had described that tobacco companies are one of the best businesses to own, yet he doesn't own one. Why? Because tobacco and smoking is also the single largest cause of human death in the history of humankind. According to the website Tobacco Altas, tobacco had killed 100 million humans which is more than the number of death for WWI and WWII combined. Projecting forward, it would be responsible for 1 billion deaths by the end of the 21st century. Okay, some might dispute these numbers, but throw your own number, it definitely doesn't change the fact that tobacco killed a lot of people.

So here's the important point, do we want to invest in companies that are killing people? Or killing animals? Destroying lives? This is a big question and it is also difficult to draw the line. If we are still eating meat, then why stop buying SATS? Should these actions be synchronized? What about gambling stocks? Genting is another great business, but do we want to be partially responsible for destroying families? What about companies making firearms? Or companies involved in drugs? Or even Pokemon GO? Or for that matter, all addictive games since there are millions of youngsters throwing their lives away in virtual worlds when they could have done more in this real world?

Buffett himself hasn't sorted this out. He had been lambasted for being invested in Coca Cola knowing that sugar causes obesity and hence a whole host of health problems. The argument goes that if the Oracle of Omaha is really ethical shouldn't he say or do something about sugar? So it's not easy to deal with. The investing world is also grappling with the so-called ESG compliant wave. ESG stands Environment, Social and Corporate Governance. This is not new, in the past it was CSR or Corporate Social Responsibility and now it's ESG. The idea is to invest in companies that are doing the right things, and doing things sustainably, i.e. not harming our planet, nor the society etc.

I guess as individual investors, we should draw the line that is right for us. For me it would be selling out all my tobacco, gambling, abattoir names over time. For others it could be just tobacco. Or it could be no Pokemon GO names. Something to think about when hunting stocks or rare Pokemon perhaps.